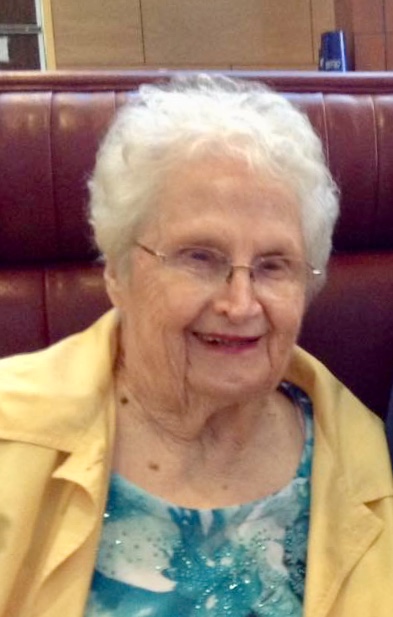 Helen Cadman was born April 30, 1931, on an old homestead in St. John, KS, to John and Golda Cadman. She attended school through the 8th grade in St. John. In 1945 she moved to Grandview, WA with her mother and stepfather; graduating from Grandview High School in May 1949. It was in Grandview she met the love of her life, Wayne Nostrant, while working as a soda jerk at Johnson’s Pharmacy. Wayne and Helen raised their family in Sunnyside until moving to Richland in 1982. She worked for United Telephone Company as an operator for 15 years. They were married 52 years until Wayne’s passing in 2003.

Helen was an amazing cook with fried chicken being her specialty. She enjoyed reading, writing, travel, camping, fishing, and sports. She was an avid Mariners and Seahawks fan. But her greatest love was her family and she was their #1 fan.

In lieu of flowers, donations can be made to Chaplaincy Hospice or UofW Liver Transplant Dept.