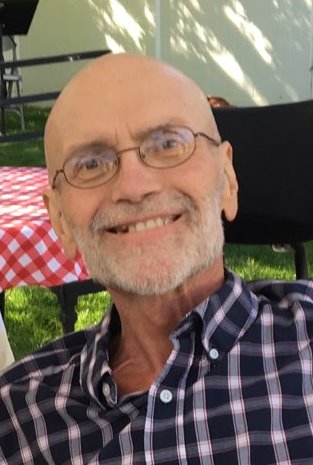 Heaven’s percussion section has welcomed a talented drummer to its
band.

Marion Billy Hitt II was born September 1, 1952 to Bill and Paige Hitt in Xenia, Ohio. He passed away May 25, 2019 of pancreatic
cancer at Guardian Angels in Richland at the age of 66.

Due to his dad’s Air Force career, Billy moved around a great deal in his youth.  He lived in San Angelo, Texas two different times, and he considered it (and Richland) home.

He graduated from Angelo State University in San Angelo and then moved to Fort Smith, Arkansas, where he taught high school German, English and Psychology for
many years.

Later he moved to Richland and had a variety of jobs, until he found a second career he was passionate about:  caregiver for the developmentally disabled.

Besides his day jobs, Billy was always a drummer in a band:  The Cavaliers in San Angelo, Jasper in Fort Smith, and most recently The Shades here in the Tri-Cities.  He retired from The
Shades after 23 years in the band. However, he and the other band members remained close friends. Videos of them jammin’ together in Billy’s hospital room went viral on Facebook and led to a story on the local news.  A man who couldn’t get sharing music out of his system, he recently taught himself how to play the ukulele and would perform at area retirement homes.  This brought him great happiness and was tough for him when he became sick and was no longer mobile enough to continue.  He definitely passed his musical-talent genes on to both sons, something he was very proud of them for.

Billy was passionate about so many things:  music, especially the Rolling Stones, old cars, old movies, trains, lighthouses, Jeopardy, yard sale and Goodwill treasure hunting, and family.
Sure, Billy liked to share his own accomplishments, but he also loved to brag about his family and friends.  Billy loved the German language and visited Germany four times throughout his
life.  He offered German grammar and vocabulary lessons to anyone who would listen right until the last few days of his life!  Wir lieben dich!

Billy was blessed with many good friends.  It is no wonder; he was never shy about talking to strangers and would usually find something in common with them.  Frequently known to burst out in song, he was a fun guy to be around who loved life.  His positive outlook and faith in God’s will during his illness were an inspiration to many. He was the kind of friend/neighbor/brother who would drop whatever he was doing when you needed him.  During his illness, many people offered their love and support with visits to Kadlec, Richland Rehab, and finally Guardian Angels. We are not surprised but are so grateful to his many friends.  Da Billy was loved!

He is survived by two sons, Kevin Hitt of Richland, Kevin’s mother, Dina Nash of Kennewick, son Brian Hitt and his wife Adrian of Nashville, Tennessee, his siblings:  Robin (Kathy) Hitt of Universal City, Texas, Melanie Fletcher, Melissa (Stan) Lloyd, Amanda (Tom) LaRiviere, all of the Tri-Cities, many nieces, nephews, friends and his cats, Ruby Sue and Lilly Lu.  He is preceded in death by his parents.

Billy’s graveside service will be at 10:00 am Friday, May 31, followed by a celebration of life service in the Einan’s Event Center, with a reception to follow.  In lieu of flowers, please make a donation to the Richland High School Music Boosters, Tri-Cities Cancer Center, Pet Over Population Prevention, or a charity of your choice.