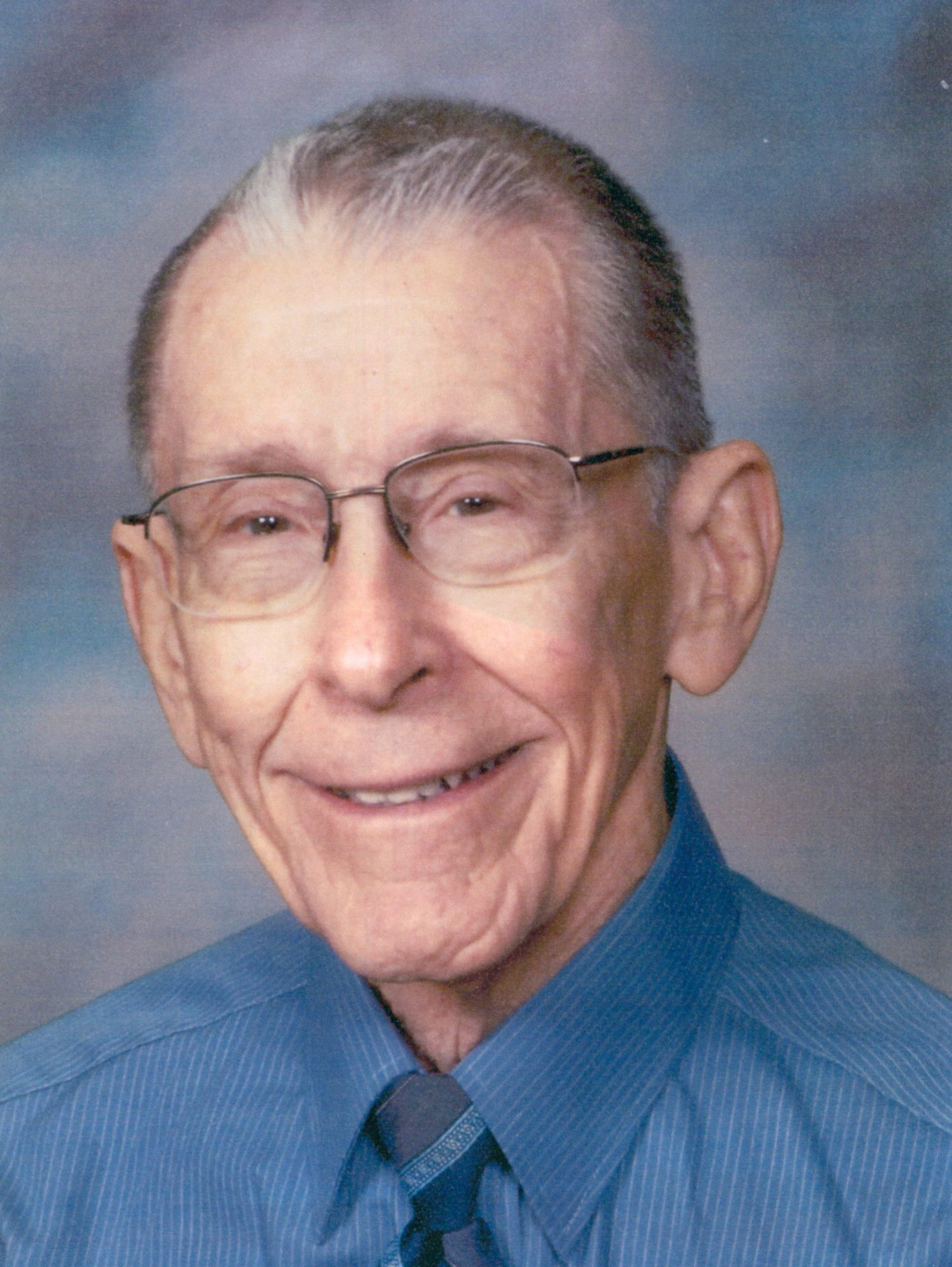 After graduating from Lincoln High School he earned his B.A. degree from Miami University in Oxford, Ohio, in 1950.  After earning his M.S. degree from the University of Idaho in 1951 he began working for GE at the Hanford Site in Washington, where he worked on many different nuclear projects until he retired in 1997.  He enjoyed hiking and skiing as well as dancing with the International Folk Dancers of Richland, being involved with HAM radio activities in the Tri-Cities Amateur Radio Club and helping back stage during many productions of the Richland Light Opera Company where he met his wife, Peggy.  They were married in 1974 and had 44 years together.

After retiring in 1997 he began volunteering, first in the computer lab at Jefferson Elementary School and then in the lab at Christ the King School.  The staff at CK School appreciated his work so much they created the Don Baker Volunteer Award.  In 2015 he received the St. Thomas Aquinas Award for all the time and talent he shared with the students and staff.  The computer lab there is now the Don Baker Computer Lab.

A funeral mass will be held Thursday, June 20, at 10:00 am at Christ the King Church, 1111 Stevens Drive in Richland.  In lieu of flowers a donation to Christ the King School would be welcome.