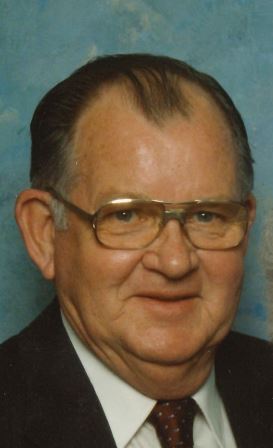 Paul laid to rest on June 9th, 2019. He was born April 8th, 1923 in Toppenish, Washington. He grew up on a farm in Grandview, Washington. Known to his immediate family as Pete, this is a nickname that stuck with him into adulthood, due to a cousin not being able to pronounce his name. To the rest of the world he went by his given name, Paul.

Paul completed his primary schooling in Grandview, Washington, and went on to graduate from Grandview High School in 1941. During his time at Grandview High he excelled in track and basketball where he collected many medals. After graduation he joined the Machinist Apprenticeship Program in Keyport, Washington. Going into active duty during World War II, he joined the Merchant Marines and finished his service to his country until the war was over.

Paul met and married his high school sweetheart, Marian and spent 76 years together. Nothing brought Paul more joy than the births of his children, Ed and Patti, until his grandchildren were born. Family reunions, annual elk hunting, camping, fishing trips and having one of the first RV trailers in the Tri Cities area were things Paul enjoyed.

Paul was an accomplished Machinist Instructor at Columbia Basin College and Perry Tech Institute in Yakima, Washington. One of Paul’s accomplishments was writing the manual for the Machinist Program at Perry Tech, where they continued to use it for many years. In the 60’s Paul was a very important part in setting up a new company and a new innovative powered metals press technology at Western Sintering in Richland, Washington. He was very accomplished in all the trades and became a maintenance supervisor while working for Battelle Northwest.

Paul is preceded in death by his parents, John and Lois, sisters, Mildred and Marge, and brothers, Herb, Eddie and John.

He is survived by his wife, Marian; son, Ed and his wife Rhonda; daughter, Patti Hanson and her ex-husband, Gregor; 6 grandsons, 10 great-grandchildren and 2 great-great grandchildren.

On Saturday, June 15, 2019 from 10:00 am to 11:00 am, Paul will have visitation at Events at Sunset, 915 ByPass Hwy in Richland. Following the viewing Graveside Services will be held at Sunset Gardens.

Memorial contributions may be made to Tri-Cities Hospice House in Kennewick, Washington.