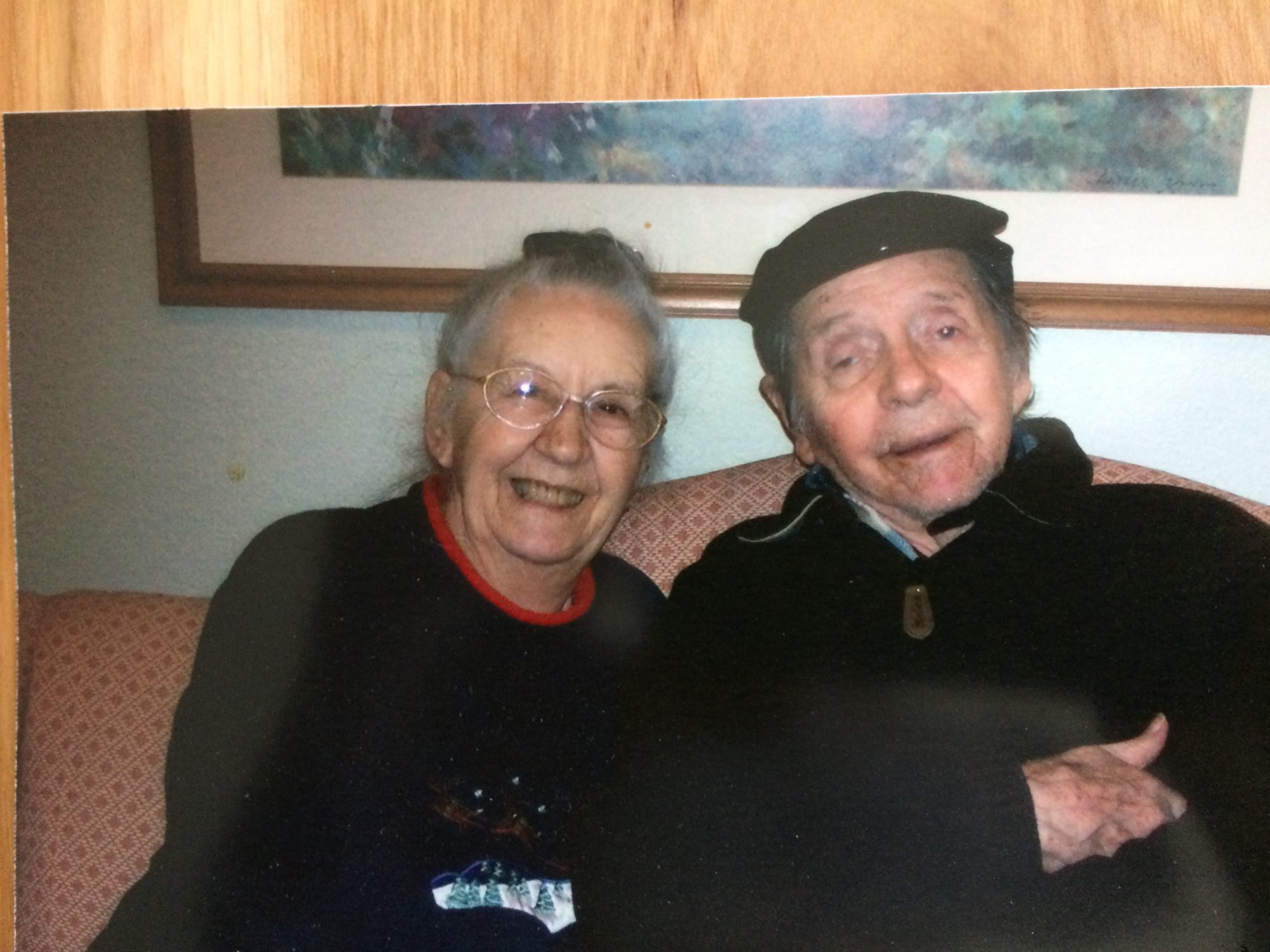 Jean was born March 31, 1925 to George Albert Sturm and Vera Mae Sturm (Hickman) in Macomb, Illinois. She passed away June 16, 2019 at Chaplaincy Hospice House in Kennewick, Washington.  Jean grew up in Macomb and graduated from Macomb High School in 1943.  After graduating, she decided to move to the Quad-Cities in Iowa/Illinois with her sister Irene in the fall of 1944 and took a job as an office clerk at the Rock Island Arsenal.

As a child, Jean was a bit of a tom-boy and enjoyed spending time with the boys in the school yard.  She also loved swimming in her local lagoon and was talented at knitting, embroidery, and crocheting.  She was the 4th of 9 children in her family.

She was asked to fill in as a bowler at her local bowling alley and that’s where she met her late husband, Arnold Scammon.  They were married on February 14th, 1945 (Valentine’s Day) in Davenport, Iowa.  They moved to Bettendorf, Iowa when she was 19 and resided there for 61 years.  She and Arnold had 3 beautiful boys: Chris, Craig, and Steve. They were married for 62 years.

In August 1945, they purchased an acre of land in Bettendorf, Iowa and moved into their 4 room house.  Actually, they were just across the street of the city limits.  The only utility service they had was electricity – no water, no sewer, no gas, and no basement.  They were eventually annexed by the city and gradually received all the utilities.

Arnold began to remodel the home, digging a full basement (by hand with the help of the sons, eventually); added a new kitchen and an all-weather porch, added a second floor with 4 bedrooms and a half-bath, and bricked the outside of the entire house.  She started a Victory Garden and continued growing most of the family’s vegetables and fruit.  Plus, they raised a lot of Rabbits, Chickens, Ducks, and Geese for the family’s use.  Dad also was the proud owner of beautiful Pheasants.

After Jean and Arnold were married, she worked as a stay at home mother to raise their 3 boys.  After the children left the home, she found an ad in the newspaper for someone to work for Sears.  She went into the interview thinking there was no way they were going to hire a stay at home Mom who was 47 years old.  They immediately offered her a position at the Davenport store as a telephone sales associate and Jean accepted.  She worked there for the next 24 years.

The happy couple lived in the home for 61 years.  In 2006, Arnold’s health was failing.  Jean had been caring for him plus doing all the gardening, yard work, cooking and house cleaning.  But on Mother’s Day May 2006, she had a brain hemorrhage that precluded her ability to continue.  The decision was made to sell the homestead and move to Richland, Washington in June to an assisted living apartment – in the same city as son Steve and his wife Marsha,  On Feb 14, 2007, she and Arnold celebrated their 62nd Anniversary.  On June 11, 2007, Arnold passed away.

Burial will be at Einan’s at Sunset Memorial Park where she will rest next to Husband Arnold and Son Craig.  She requested a private service.  In lieu of flowers – please donate to your favorite charity.