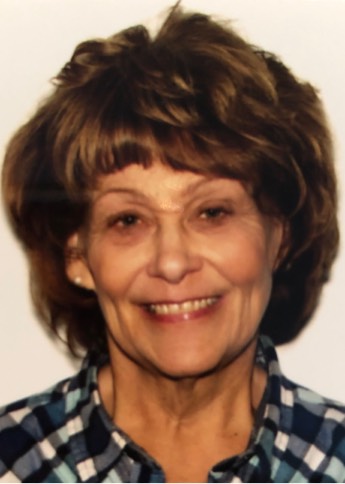 Celebration of Life with Reception

Susan Elaine (Sheard) Gunter, 68, passed away on Tuesday, June 25, 2019 after a difficult and courageous battle following heart surgery in April.  Born in Tacoma, WA, Susan lived most of her life in Richland after her family moved to find a better climate to suit her allergies.  She graduated from Columbia (Richland) High School in 1969.

Susan met the love of her life, Roy, in 8th grade.  On a “recon mission” with her good friend Diana, the two scoped him out while he was working at the local MayFair.  The mission proved successful, as from that day forward they dated and eventually married in 1970.  They celebrated their 49th Anniversary in May.

Susan and Roy loved the Oregon Coast!  After spending their honeymoon in Cannon Beach, OR, the two would hop in the car for spur of the moment weekend trips which began their tradition of annual beach vacations.  Not a year has passed where they haven’t spent a week in Cannon Beach or Seaside with their two daughters and their
families!

Susan’s mother taught her how to sew and she became a great seamstress.  In addition to the two of them making her wedding dress and bridesmaid’s dresses, Susan spent countless hours making clothes for herself, her family and friends, Bomber cheerleader uniforms for the squads they chaperoned, dance formals for both of her daughters and their friends, and countless bridesmaids’ dresses.

Rarely did you see Susan without Roy, her daughters, or grandchildren by her side.  Some of their favorite husband/wife activities were driving around town with no specific place in mind, drinking Frappuccino’s by the river, meeting their girls at one of the local Starbucks for coffee and conversation, and providing loving childcare to their grandchildren.

Family meant the world to Susan.  She never wanted to miss a sporting event or school activity, even if it meant traveling across the country.  She was known as the
team mom, chaperone, score keeper, hair dresser (specifically known for her “extremely tight” French braids), make-up consultant for her niece, and cool mom who would
hide in the back of their van while the girls conducted friendly TPing episodes or cruised thru town with their friends.

Fond memories of Susan include piling kids into the van to haul them to drive-in movies, the Rollerina, ski trips, softball tournaments and to other sporting/social events.  Susan was also known to park their van in the lots of high school dances and hide in the back with a friend or two, just for a small glimpse of all her “kids” arriving in their formal wear.  Those who knew of this tradition would surprise them by knocking on the door of the van with their dates to say hello and to give them an up-close look!  She
was considered a second Mom/Nana to most of her daughter’s friends and their children and will be severely missed.

Susan was a loving wife, mother, nana and aunt. She is survived by her soul mate Roy, daughters Michelle Peterson (Loren) and Janelle Thorson (Shane), grandchildren Kayla (17) and Kyle (14) Peterson and Chloe (9) and Isabelle (2.5) Thorson, niece Sherri Cross Garrett (Al) and nephew Scott Cross (Tami).  She was preceded in death by her parents George and Ethel Sheard, her brother George Jr. Sheard, and her sister Jackie (Sheard) Cross.

Susan was a member of the Richland Lutheran Church (RLC) since she was a little girl.  Her memorial service and reception will be held at RLC, 901 Van Giesen, at 2pm on Monday July 1st.