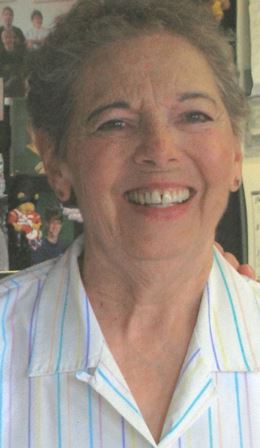 Eleanor Louise (Robison) DeRosa, age 88 of Kennewick, peacefully passed away surrounded by loved ones July 14, 2019. Eleanor was born April 22, 1931 in Morgantown, West Virginia to Frank and Gladys (Howell) Robison. She grew up in Morgantown, and moved to Richland with her family in 1944, where she graduated from Columbia High School and went on to study at Eastern Washington University. After her time at Eastern, she moved to Los Angeles, California, where she worked at Bank of America in the real estate loan department, where she helped finalize the loan for Walt Disney’s Disneyland. While living in L.A., Eleanor enjoyed the Southern California lifestyle, filling her time in the summers at the beach, and winters snow skiing.

Eleanor moved back to Richland in 1960 and worked at Richland National Bank of Commerce. While working at Richland National Bank, she helped Sam DeRosa open a bank account. While setting up his account, the two hit it off and were eventually married on August 3, 1962. Eleanor and Sam made their home in Richland, where they raised two boys, James and David. Eleanor was a stay-at-home mother until the boys were in junior high School.  She then began to work as a baker for the Richland School District until her sons graduated.  Eleanor continued her career working at various part-time secretary jobs. Eleanor retired as an executive secretary from Westinghouse Hanford in 1996. In her retirement Eleanor enjoyed playing bridge, sewing, traveling all over the world, volunteering in the maternity center at Kadlec Hospital, and spending time with her children and grandchildren.

A gathering to celebrate Eleanor’s life with a martini toast will be held 2-4 p.m. on Oct. 5, 2019 at Einan’s Event Center in Richland. In lieu of flowers, please make a contribution to:Fieldstone Memory Care 575 North Young Street, Kennewick, WA