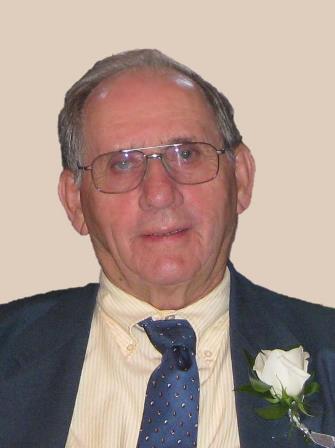 When Quentin was young, his family moved to Nebraska.  He attended Amity School in his early years and then went away for high school at Spalding Academy.  After high school, Quentin worked on the family farm until he joined the Marine Corps.  Quentin finished basic training at Camp Pendleton in San Diego. He was then shipped out with the 1st Marine Division to Korea and, upon arrival, was assigned to the 5th Marine Regiment – the Anti-Tank Company.  Quentin returned home for a short while after Korea and then traveled to Washington State for a quick visit.  However, that quick visit never ended since Quentin made Washington his home.  He then worked for a few years at various jobs – the fruit and wheat harvest, the packing plant, the railroad and the Benton County sheriff’s office as a deputy sheriff.  Quentin began his career work on the Hanford site in February of 1960.

In June of 1960, Quentin married Mary Sue Wilson and moved to Richland where he lived for 59 years.  Quentin and Mary Sue had three children: Greg, Jeff and Suzan.  Quentin continued to work in various capacities at Hanford until he retired in 1994. Quentin was a longtime parish member of Christ the King Catholic Church.

Quentin will be laid to rest in a private graveside service at Sunset Memorial Gardens.  A memorial Mass will be held on Saturday, July 27, 2019, at 11am at Christ the King Catholic Church in Richland.

In lieu of flowers, memorial donations can be sent in his name to Christ the King Catholic Church.