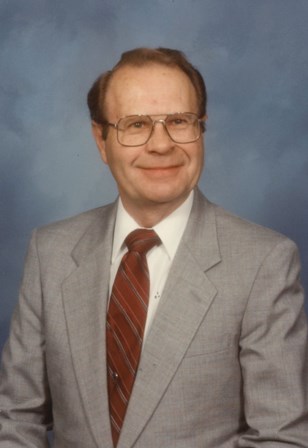 Tri-City resident Wayne Killand, 89, was born in the mid-west to Orville and Cora Killand at the beginning of the Great Depression and passed away on June 28th, 2019. He lived his early years on a farm and moved to the Tri-Cities in the mid-forties.

He graduated from Columbia High School (Richland) and attended college in eastern Washington.  He married his high school sweetheart Joanne in Richland in the early 1950’s.  They had three children: Bruce, Lori, and Brian.

Wayne worked on the Hanford Project for 39 years, retiring from a Health Physics manager position in the late 1980’s.  He was active as a Boy Scout leader, served on his church’s senior center board of directors, enjoyed traveling (visiting all fifty states), duplicate and party bridge, yardwork, building birdhouses, and was an avid Bomber basketball fan.

Wayne was preceded in death by his parents, five sisters, two brothers and his son-in-law.  He is survived by Joanne his wife, their three children, two daughter-in-law’s, five grandchildren and their spouses, and eight great-grandchildren, along with numerous extended family.

Visitation will be held on Thursday, July 11, 2019 from 3:00 PM to 5:00 PM at Einan’s at Sunset in the Chapel. A family graveside service will take place at Sunset Memorial Gardens.  A memorial service will be held Friday, July 12, 2019 at 11:00 AM at Richland Lutheran Church.  Donations may be made to Richland Lutheran Church’s Good News Media Ministry or the Chaplaincy’s Hospice program.