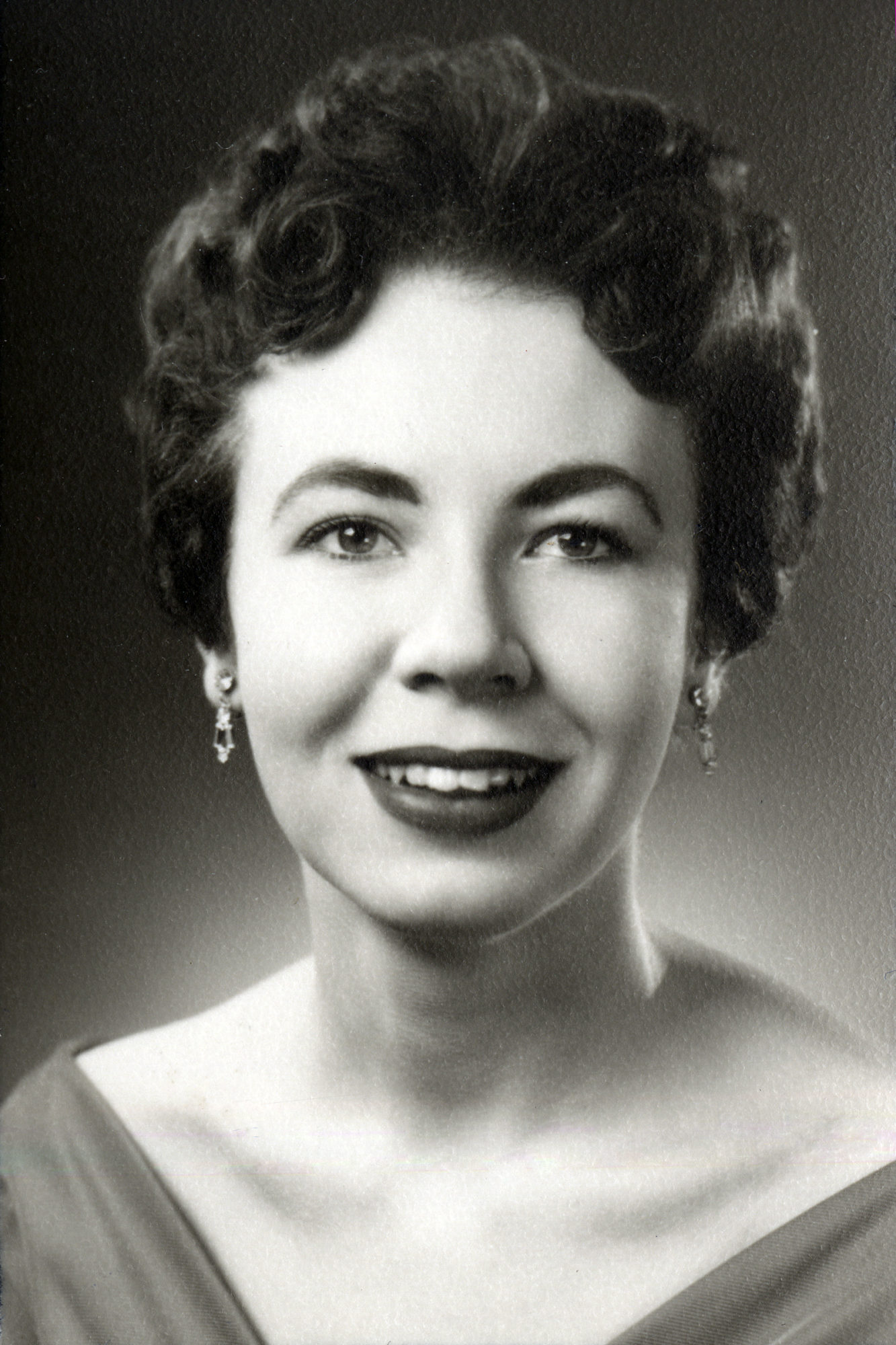 Carolyn Louise Larrick (Leinberger) was born April 16, 1936, in Denver, Colorado, as the only child to Albert Ernest and Dorthea Maxine Leinberger. Her first four years were spent living in a small inner city apartment, with respite given through the pond across the street where she would fish with her grandfather and ice-skate with her father. From four to eight years old, she lived in a rural area outside of Denver where she finally felt the freedom to run and holler to her heart’s content for the first time! To this day she vividly recalled the sounds of the meadowlarks and the smell of lilacs she so loved about this place.

Carolyn’s mother had always longed to dance, but was physically unable to, so she put her daughter in private lessons at the age of 4. Carolyn embraced her mother’s passion for dance and this seed blossomed into a life-long love. Every year the Denver Post sponsored the busing of many dance students to senior citizen homes, orphanages, schools, and hospitals during the Christmas season, and Carolyn became a natural at performing in front of live audiences at a very young age.

In 1944, at the age of 8, Carolyn and her mother drove to Richland, Washington to meet her father who had moved ahead of them to work at the Hanford Reservation.

Carolyn continued to take dance lessons upon arrival and at 9 years old performed her first solo event in Yakima, Washington. She then joined a dance studio, where the proprietor took Carolyn under her wing as her protege’ and often took her up to Seattle to receive lessons from professionals. Carolyn and her dance teacher also performed together for many dinner and community clubs and civic events. She received her first chance to direct and choreograph a school play in 8th grade. At 16 years, she was given the privilege of co-running a dance school with 3 others, teaching ballet and tap for the year while the proprietor was on maternity leave.

In her later teen years, Carolyn continued to teach dance to small groups, and was a member of the Dancer’s Guild, a group of teachers in town, who regularly performed at the U.S.O. and also the military base on Rattlesnake Mountain. The teachers took turns choreographing and they were greatly honored and respected by the servicemen. The Guild danced together for many years at dinner clubs and community venues during these years.

Along with dance, Carolyn also had a love for theatre. She was the president of the Thespians Club at Richland High School for two years, and acted, choreographed, and danced in productions put on by the school.

As a young adult, Carolyn’s love of performing arts caused her to naturally gravitate towards the local theater company, Light Opera. This was a company well known for excellent quality renditions of famous Broadway productions, performed to full houses, drawing out of town fans as well. This connection produced several decades’ worth of highly regarded contribution on Carolyn’s behalf, taking the role of Choreographer, Assistant Choreographer,

and/or dancer in over 17 musicals. Her great friend, Coleen Varvel, was her partner and colleague in most of these productions. In addition to choreographing, “Camelot,” she was in charge of creating beautiful costumes for this production, most put together in her living room!

After high school, Carolyn attended University of Washington for 2 years to study Psychology. She then worked for a year at a telephone company in Seattle but had to abruptly return home due to a mystery illness that left her in bed for almost 6 months. After recovering, she attended Airline School in Spokane, Washington, resulting in an intriguing job offer from the U.S. Navy to work for the Pentagon! But as fate would have it, she decided instead to take an opportunity to work at the local Hanford site as a Laboratory Technician, knowing she could be challenged with the scientific aspect of the work. After 2 years there, she met her future husband, Al Larrick, who was a Chemical Engineer. They were married on July 12, 1958. Carolyn had to leave her job once pregnant with her first child, but that didn’t stop her from performing a dance number in the latest musical at 5 months along!

Carolyn and Al were married for 53 years when he passed suddenly on a fishing trip in 2011. They had two daughters, Tina and Shellie. Carolyn endeavored to plant the same seed for the love of dance into her two daughters at an early age by enrolling them in the same dance school with the same dance teacher that she had received so much impartation from. Carolyn was involved in helping with their recitals and was in charge of costumes for two seasons of the local symphony production, “The Nutcracker.” Once again she incurred praise for her creativity and innovation. Just as she was heading into an opportunity for full time tap teaching at the local dance school, the family needed to make a job move to Idaho Falls, Idaho for two years. Upon return to Richland, the dance school had been closed.

Carolyn also loved ice-skating, animals (of which she had many), and travel. Her husband’s job enabled her to join him for business trips in interesting places, the most life-impacting being 6 weeks in Europe. Once they were empty-nesters, and especially after retirement, they were able to see more of the world including Alaska, Hawaii, the Caribbean, the Panama Canal, and enjoy exploring National Parks in the western U.S. in their fifth wheel. Carolyn had severely injured her back in the mid-70’s and from that point onward, the dancing and choreography ended, except for one last stint successfully choreographing “Anything Goes,” in 1986. It was here that she discovered that her neighbor of many years, Tom Bander, was a master tap dancer and they surprised the entire staff at a dress rehearsal with his show stopping performance. This production was difficult for her and she laid things down permanently after that, though her love of watching dance and ice-skating never did end. She spent 2 years after that doing the books at her church as she always excellent with ledgers and numbers. The traveling, the care-giving of ailing relatives in their home, playing with the on-going gang of animals, and visiting the grandchildren, gave her a new focus from the relinquishing of dance, and in her late 70’s, she was finally able to fulfill one of her bucket list items – swimming with the dolphins, at Cabo San Lucas!

Her long struggles with pain and health issues after her injury never stopped her from loving her family and she really enjoyed being a grandmother to four grandchildren, two in Canada, and two in the U.S. Recently there was the addition of three adorable great-grandchildren. Through the years of struggling with pain, she never complained, never lost her sense of humor, her generosity, or her insatiable inquisitiveness. She passed on a love to her family and friends for dance and the arts, a love of animals, a love of intellectual challenges, a love for playing games, and a love of fun! When asked for words of wisdom a few years ago, she replied:

“Love God. Be kind, be honest, be ambitious. Never spend more than you have. Educate

Great advice from a woman who was loved by many in two countries! She will be very deeply missed. We take comfort in knowing that she is once again ebracing her life-long love…dancing to her hearts’ content in heaven and doing those moves now that she could only dream of on earth!

She will be laid to rest with her husband at Sunset Memorial Gardens, Richland, Washington. Her life will be celebrated in Canada with her immediate family.