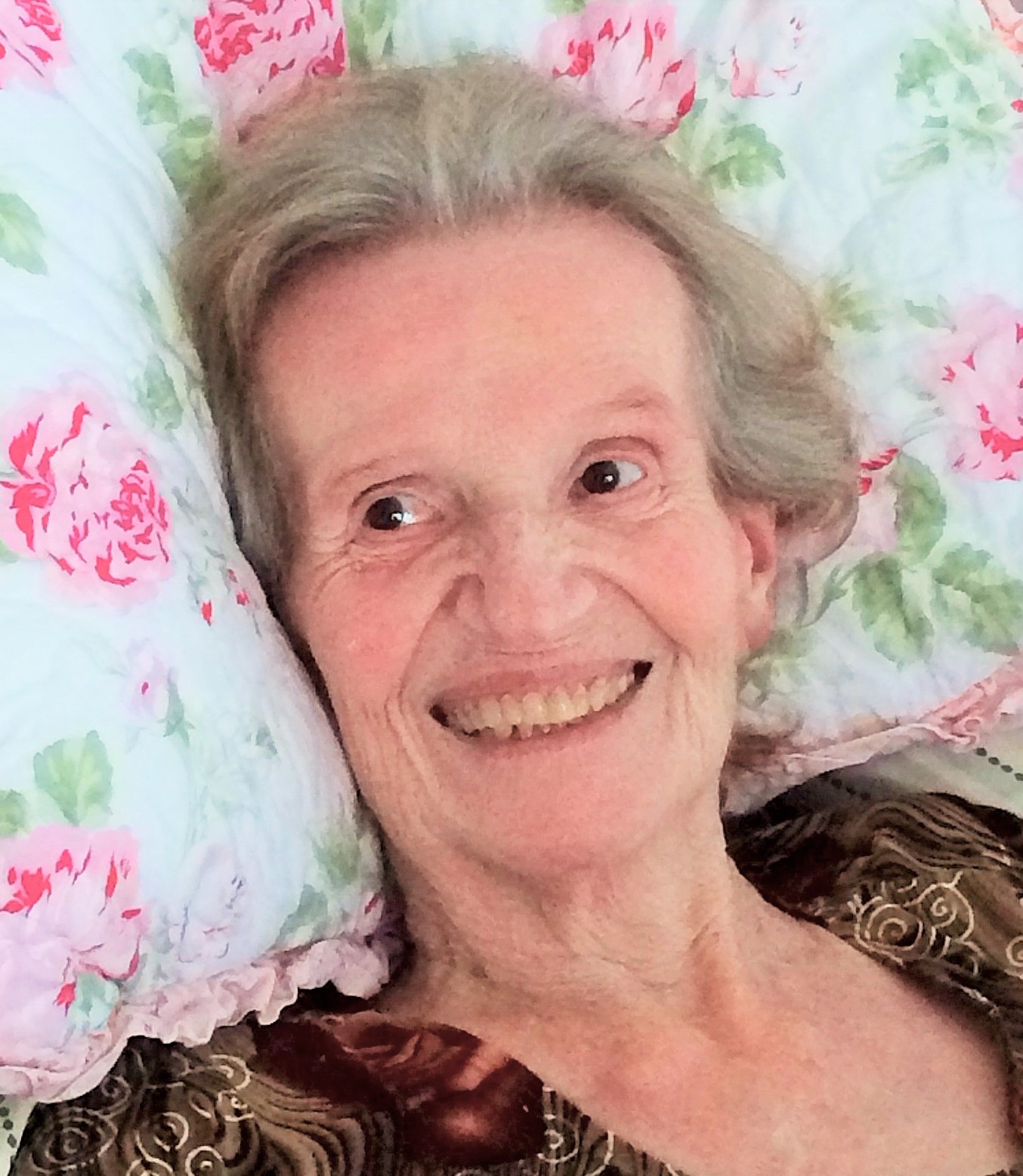 Off of Williams
Richland, WA

Josephine Povalac Herb, 93, was born on October 2, 1925 in Allentown, Pennsylvania, and passed away on August 23, 2019 in Kennewick, Washington.  She arrived with twin brother Frank into a devout Catholic family led by parents who had emigrated from Czechoslovakia to Pennsylvania. Some of her early memories involved playing on coal piles that were left by passing trains and going to Dorney Park, an amusement park near Allentown.  She left high school to help support her family of eight.  She waitressed in the Hotel Traylor in Allentown, where she laughingly remembers serving an ice cream dessert that fell off the plate and onto a customer’s bald head. She was also a steel worker at Bethlehem Steel during the war, and later, was proudly certified as a nurse’s aide.

This glamorous, auburn-haired young woman met John Daniel Herb, a handsome engineer, at a dance in New York City.  They were married in 1953.  John’s position in the Army, and later, with Westinghouse, led to a number of moves to Utah, Michigan, and back to Pennsylvania.  The family soon grew with children arriving every couple of years. In 1966, the family drove across the country to Richland, Washington, where John helped design the nuclear reactor known as the Fast Flux Test Facility.

Josephine loved being a mother. She was always eager to help with her kids’ English homework, and she made sure all five graduated from college, learned how to swim, play an instrument, ride horses, write thank-you notes, and love reading.  She created birthday theme parties like cowboys and luaus. She was an adventurous cook, making not only Czech favorites like pierogi, but the annual lamb-shaped Easter cake, bok choy, and once, a whole octopus. She sprayed sparkles into her hair when she and John went out dancing.

Josephine took college classes and was always up for performing arts events. She read extensively, traveled in Europe, and was not shy about speaking her mind. She was a long-time member of Christ the King Church in Richland, where she sang in the choir.

Josephine had a generous heart. She worked with the Arc of Tri-Cities, hosted Mid-Columbia Symphony guest musicians who traveled to the Tri-Cities to play in concerts, and visited seniors in their homes. She doted on each new grandchild, and, with them, could be found jumping in piles of leaves, smelling flowers, and introducing them to enriching activities. She took a lot of delight in seeing them grow and mature.

When her husband John was diagnosed with a brain tumor in the late 1980s, she transformed into Florence Nightingale mode, making sure his every need was met until his death in 1990.  She continued to live a full, independent life well into her 80s, when she had heart surgery to replace a narrowed valve.  In her assisted living facility, she enjoyed reading mysteries, writing down hundreds of recipes to give out, and sharing many opinions about those around her. Later, in an adult family home, she was lovingly cared for for five years until her graduation into the next life.

Josephine was preceded in death by her parents Anna and John Povalac, sister Rose, brothers Stephen and Frank, and her husband John. She is survived by her siblings Junie and Ann, Pennsylvania; her children Gretchen (Brad) Sewart and Andrea (Doug) McMakin of Richland, Washington; Christal (Jon) Dickman of Eagle, Idaho; James (Marguerite) Herb of Morrison, Colorado; Jennifer-Jordan (Ron) Fernandez of Palo Alto, California;  grandchildren Bryant, Erik, Eli, Johnny, Rosemary (John), Gordon (Elise), and Valerie (Timothy); and great-granddaughter Elizabeth. We rejoice to think of her dancing with her husband and meeting her Lord in heaven.

The family thanks Birch Street neighbors the Beitels, Cartwrights, and Andrews’ for their kindness and friendship over the years; Alfredo Jocson from Christ the King Church for spiritual care; the Mid-Columbia library for its in-home book service; and the staff at Richland Rehabilitation Center and Chaplaincy Hospice. Special thanks to Nataliya Gorinchoy and all of those at Desert Wind Gardens for their devoted care.

At Josephine’s request, there is no funeral.  The family invites you to share memories in the online guestbook at www.einansfuneralhome.com.  “Well done, good and faithful servant! Enter into the joy of your Lord.” (Matthew 25:23)