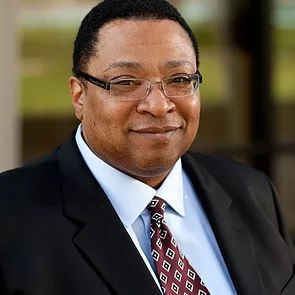 Robin Jay Mitchell, 56, of Richland, WA, passed away on Monday August 26, 2019 after a long and difficult battle with prostate cancer.  He had a quick wit and was soft spoken, but Robin was a fighter in every aspect of life, and his health challenges were no exception.  He fought prostate cancer through numerous chemotherapy sessions since 2016.

Born at Kadlec Hospital (now Kadlec Regional Medical Center) in Richland, Washington on June 25, 1963, Robin spent most of his life in Richland, Washington.  The biggest exception was his four years as an undergraduate student at the University of Washington 1981-1985 immediately following his graduation from Hanford High School in Richland.  While at UW he was a varsity cheerleader several years for the Huskies.  He majored in Marketing.

Following his years as a student he worked in the Georgian Room at the Seattle Four Seasons Hotel for a few years before returning to the Tri-Cities.  In the Tri-Cities he worked in a number of restaurants, including in the Red Lion Hotel, Richland.  He did not find that line of work his calling and moved on to health and wellness counseling.  He had a heart for helping others with their personal struggles in life much like he had experienced himself in his younger adult years.

In the last ten to fifteen years, Robin turned back to pursuing higher education.  He graduated from Columbia Basin College (CBC) in 2007 with an Associate in Science Transfer (ASTA) Degree and followed up with a Bachelor of Science (BS) Degree in Electrical Engineering from Washington State University Tri-Cities (WSUTC).  He made an especially noteworthy impact in student government and community involvement while at CBC and WSUTC for which he received several school and community awards.

His family and friends meant the world to Robin.  He spent many years helping care for his mother, Bernice Mitchell, at home as she dealt with declining health.

Robin was a loving son, brother, and friend to many.  He is survived by his five siblings Duke Mitchell (Janet), Greg Mitchell, Nestor Mitchell (Bernice), Vanessa Moore (Leonard), and Cameron Mitchell (Kris); and numerous aunts, uncles, cousins, nieces and nephews.

He was preceded in death by his parents CJ and Bernice Mitchell.  Robin was a member of Columbia Community Church (C3) in his recent years.

Public Gathering will be Thursday, September 5, 2019, 5:00pm – 9:00pm, at the Einan’s Chapel in the main facility. His memorial service and reception will be held at the Einan’s Event Center, also off of the By-Pass Highway, Richland, Washington, Friday, September 6, 2019, at 1:00pm.