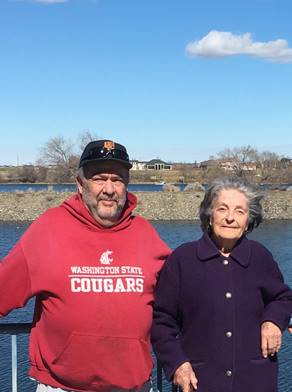 Kevin grew up in Richland and graduated from Hanford High School in 1974. He served in the US Navy then attended Washington State University. He lived in St. Helens, OR for several years, where he painted houses for a living, before moving back to Richland.

He is survived by his mother, Sheila Sullivan, his siblings Ellen, John, Neal, Kathleen, and Brian, nieces Corinne, Danielle and Katherine and nephews Ryan, Mason, Riley, and Michael.

He was preceded in death by his father, Maurice Francis Sullivan.

Kevin loved telling stories, cooking, and sports. He had a green thumb and liked to laugh. In his younger days, he enjoyed water skiing, hunting with his family, and running events.

Most recently, Kevin assisted in the care of his mother and her home, after his father passed away. They enjoyed watching Jeopardy together and taking walks in the park by the river.

Arrangements are with Einan’s Funeral Home, however, the family has elected to hold a private family service to honor Kevin’s life.