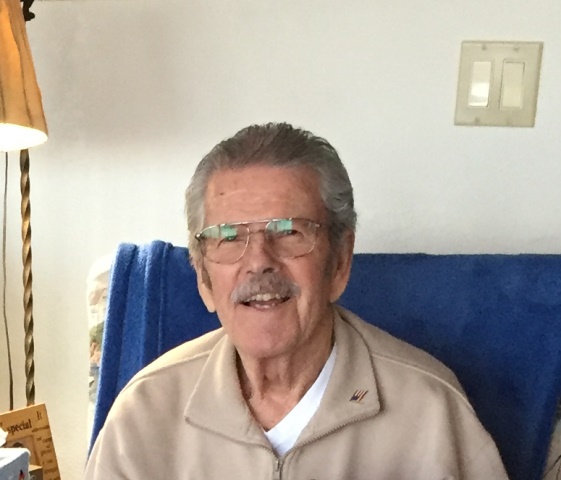 Gene was born in Bellingham, Washington on March 25, 1934 son of the late Clyde Luman Thompson and Creetie May (Burns) Thompson. Gene graduated from Bellingham High School in 1952. He joined the military service and served his country from March 1953 to December 1955. When Dad got out of the military, he married Mona Lea Amundson on November 24, 1956. They started their life journey together in Bellingham. They went to Disneyland for their Honeymoon “It’s the happiest place on earth” That was the start to many family trips with fantastic family memories with children, then grandchildren. Now his great-grandchildren are going to Disneyland with their parents. In 1957 Gene started his longtime career of carpentry which he would retire from out at the Hanford Site in October of 1995.

They started their family when Robert was born in 1958 and Delbert was born in 1959. In the summer of 1961 Gene and Mona moved to Richland, Washington. Deborah was born in 1962 and William was born in 1969. The most important thing to Gene was making memories with his family, which he did often by traveling the world with them and having many laughs and always being there with a supporting hand. He was involved in many hobbies over the years, here are some just to share a few, 30 plus years of Square Dancing, multiply camping trips with Grandparents and cousins, playing pool, multiply games of cribbage with his boys and friends, golfing, ship cruising, spent winters in Yuma and summers in Richland.

Dad always said to: Live well, Love much and Laugh often. All that mattered to dad was his beautiful wife Mona Lea of 62 years of marriage, they always held hands, always kissed hello and goodbye. After her came his children, grandchildren and great-grandchildren.

Thanks for being my Husband, our Dad, our Papa and our Papa T. We will always love and miss you with all our hearts. Until we meet again.

He is survived by his spouse Mona Lea Thompson and his children Robert (Michele), Delbert (Linda), Deborah (Phillip), William (Laurie). He is also survived by his 13 Grandchildren and 6

Great-Grandchildren. Two sister-in-laws, many nieces and nephews and friends. Gene is preceded in death by his Grandma Wise, parents, 4 brothers and sister. He will be deeply missed by his family and friends. “Death leaves a heartache no one can heal, Love leaves a memory no one can steal”

In lieu of flowers, donations can be made in memory of Gene Thompson to Hospice. The family of Gene Thompson wishes to thank Richland Rehabilitation Center, Hospice and Fieldstone Memory Care. We really appreciate the care he was given.