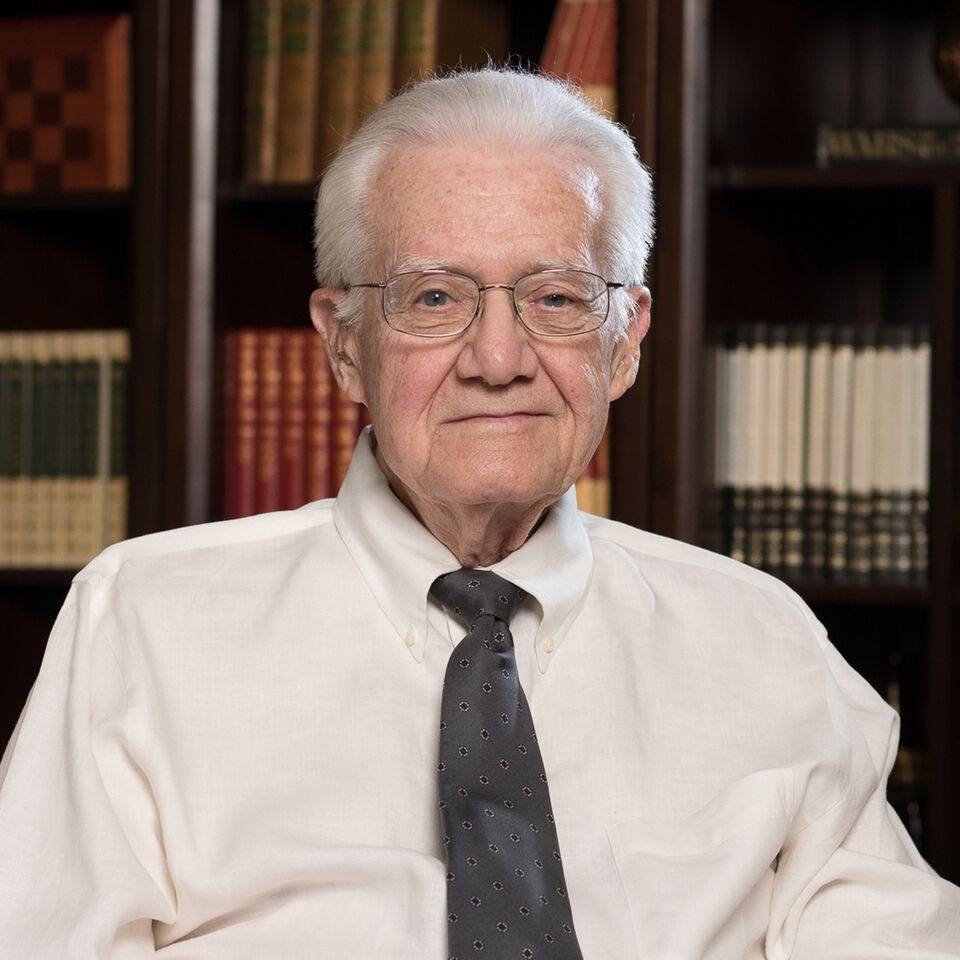 Raymond J Kofoed Jr. was born in Chicago, IL on March 6, 1928 to Raymond J. and Mae Kofoed Sr.  and passed away September 24, 2019 at Kadlec Medical Center after a brief illness.

Ray attended Frank W. Reilly Primary School in Chicago and Albert G. Lane Technical High School, where he lettered in Track and Field, Soccer and Cross-Country.  Ray loved growing up in Chicago and would tell many a story about riding street cars, visiting museums, attending movies with friends and having the opportunity to play his trumpet with the likes of Dizzie Gillespie, Benny Goodman and Louis Armstrong.

He attended Illinois Institute of Technology in Chicago graduating in 1951 with a Bachelor of Science Degree in Chemistry. Upon graduation in June 1951, he packed his car and moved west to Hanford to work at the first of his 40+ year career on the Hanford Nuclear Reservation.

Ray worked as a chemist for General Electric in several different groups until 1964 when he was named manager of its 222-S Analytical Lab, the largest analytical laboratory at Hanford.   He went on to manage the Special Products Planning group after 6 years as Redox Manager.  There he was responsible for the management of the largest inventory of fuel grade plutonium in the free world, roughly 20 metric tons.  He also developed the Master Plan for Safeguards and Security which became the model for upgrading the protection of plutonium at the Plutonium Finishing Plant.

In 1966 he met a Chemical Technician named Paula Allen, after dating for a year they married in May of 1967 and in December 1968 their only child, a daughter was born.  Fatherhood was something Ray cherished and spent every day of his life working at, even though he had perfected it long before.

In 1977, at the urging of a friend, Ray took a chance and began work as a Senior Research Scientist in Safeguards with Battelle Northwest.  Other management positions he held throughout his lengthy career included manager of the Special Product Planning Project at Atlantic Richfield Hanford Co.; manager of Safeguards and manager of Security and of the Emergency Preparedness Office, both for Battelle/Pacific Northwest National Laboratory.  Ray also served as liaison between the Pacific Northwest National Laboratory and local law enforcement encouraging continued partnership.

His proudest accomplishment was his Elected Fellowship to the American Institute of Chemists, a Fellowship he was elected to by Glenn Seaborg. He also was listed in the “Who’s Who of American Men in Science.” He also was a member of several professional societies, such as American Society for Industrial Safety and Washington Association of Sheriffs and Police Chiefs.

Ray consistently gave back to the community he loved so very much, donating countless hours and years to the Richland Police Department, teaching tactical defense to police personnel,[i] serving as an adjunct instructor at the Hanford Patrol Training Academy, where he taught defensive tactics. Ray served on the board of the Richland Police Department Foundation.  He was also a 3rd Degree Blackbelt in Aiki Jutsu and avid photographer.

Ray was preceded in death by his parents Ray Kofoed Sr., Mae Anderson Kofoed, his wife, Paula and his in laws W. Paul and Mary Frances Allen.

He is survived by daughter, Christine and Son-in-Law, Thomas (Dewey) Ortega and Brother-in-Law John Allen.

The Family would like to give special thanks to Amber Potvin who cared for Ray as well as the staff at Richland Rehab who took amazing care of him.  He loved all of you so very much.

In lieu of flowers please consider donating to: