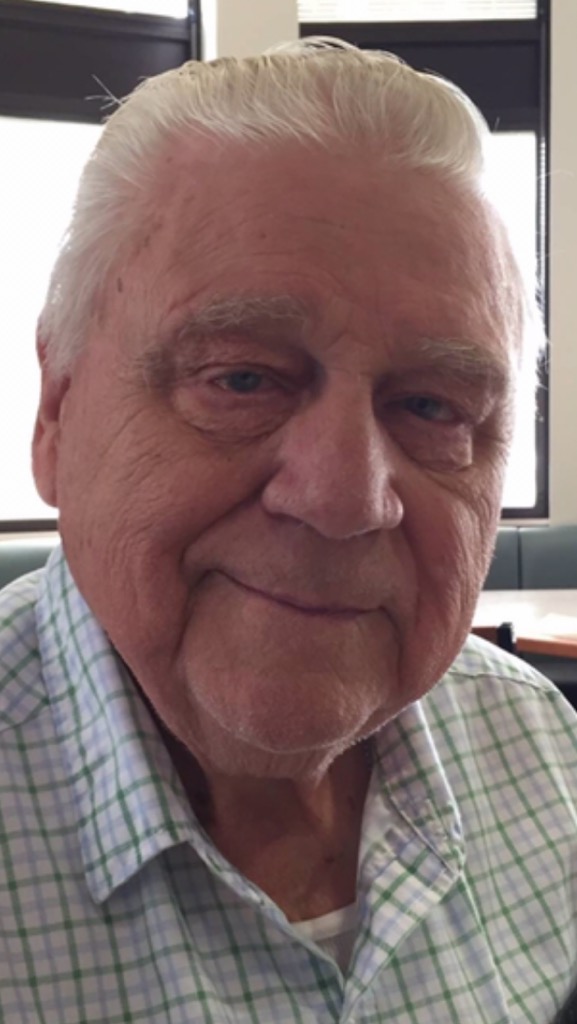 Roy Lee Palmer of Richland, WA passed away Tuesday, September 17th 2019 at Gentle Hands Home Care, in Kennewick, WA at the age of 85. Roy was born May 9th 1934 to Lee and Reida Palmer in Monmouth, Illinois.

Roy loved playing sports of all kinds; basketball, football, baseball and golf.  He won many awards and trophies, and enjoyed watching them on TV as well. Roy was a very talented athlete, playing baseball, football and basketball while in High School. He was nominated into the Athletic Hall of Fame at Monmouth Illinois High School in 2003 for his many contributions to their sports programs.

He joined the U.S. Army and served in the 68th armored division while stationed overseas in Germany from 1959 – 1963. Roy also played baseball while in the service and his team won the GI World Series in Germany.

Roy graduated from the University of Western Illinois with a degree in Industrial Arts (BS) at Western Illinois University. Roy and Imogene were married in 1974 and moved to Richland, WA where he worked at the Hanford Nuclear Reservation in the field of radiation controls and retired in 1994. Roy was proud of his work and accomplishments working in the nuclear power industry.

Roy loved holidays, spending time with family and friends, outings, BBQ’S and having bonfires with his family around the fire pit. He was a member of the Elks Lodge and donated to his college for years.

Roy was preceded in death by his wife of 35 years Imogene Palmer, his mother Reida L. Palmer, his father Lee L. Palmer and his uncle Everett Palmer.

Donations may be made to Chaplaincy Hospice Care, 1480 Fowler Street, Richland, WA, 99352