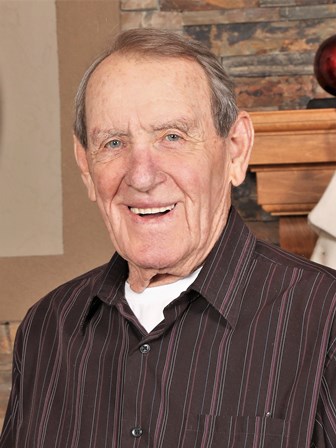 Ben was born to Mary and Elmer Wyrick in Muskogee, OK, the fourth of five children.  He lived in Muskogee until the age of 14 when his family moved to Richland.  Ben attended Richland High School and Columbia Basin College where he played baseball and football.

Ben married Glenda, his high school sweetheart and together they raised 4 daughters.  He had a 31-year career at Hanford and fully enjoyed 24 years of retirement.

Ben was an avid sports fan with a passion for baseball.  He played semi-pro baseball for the Richland Merchants until age 35.  For many years, he was a dedicated coach, positively impacting countless lives while sharing his knowledge and love of the game with players from Little League to semi-pro.

Ben had many hobbies including hunting, fishing and camping but he especially enjoyed spending time with family.  As the family grew, so did his heart, welcoming all new additions.  Ben had a quick wit and sense of humor that put everyone at ease.  His family is so blessed to have shared his life.

Ben is preceded in death by his parents, two sisters and two brothers.  The family wishes to thank all those who cared for Ben during his illness and his final days.

A celebration of his life will be held on Friday, November 1, 2019 at 2:00 pm at Einan’s Event Center with a reception to follow.

Memorial donations may be made to Chaplaincy Health Care, 1480 Fowler St. Richland, WA 99352.