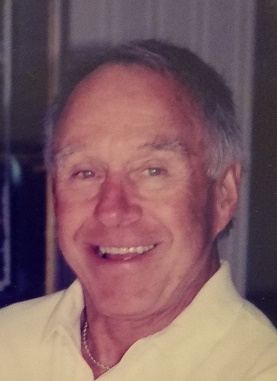 David Lee Styris passed away on Wednesday, October 9th in Richland. He was born April 21st, 1932 in Pomona, California, the only child of Eli and Mary Styris.  He was raised in Reno, Nevada.  He was an avid outdoorsman his entire life, starting in his youth with trapping rabbits and coyotes in the rugged hills around Reno.  He loved fly fishing, skiing, backpacking, windsurfing, kayaking—anything that allowed him to be outside in nature.

David graduated from Reno High School in 1950. After high school, he went on to serve in the Army, earned a Bachelor of Science degree at Pomona College, and Masters and PhD in Physics at University of Arizona in Tucson. He did post-doctoral work at Cornell University in Ithaca, New York and then was a professor of physics working with undergraduate and graduate students at Washington State University in Pullman, Washington. In 1974, he began working as a research scientist at Battelle (PNNL) in Richland, Washington.  He loved his work and got to travel the world lecturing and collaborating with scientists from many different countries.

After retirement, he remained extremely active, traveling with his wife Pat, cross country skiing in the winter and kayaking in the summer.  He was a wonderful husband, father, grandfather, and friend.

The family would like to thank the staff and patients at Chinook Davita Dialysis in Richland for the loving care and camaraderie David received there over the last five years.