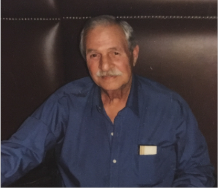 Walter “Wally” G. Burks went to be with the Lord on Wednesday, November 27th, 2019 in Richland, Washington.

Wally was born in St. Louis, Missouri on December 12th, 1940 to Samuel Owen Burks and Edith (Moore) Burks as the youngest of 7 boys.

Wally migrated west from Ipava, Illinois to Richland, Washington to join his brothers who already settled in the Tri-Cities.  Wally attended Richland High School (Go Bombers!) and graduated in 1959.

While attending Richland High School, he met JoAnne Beatty Robertson and shortly after graduating, they married and were blessed with four children; Teresa, Tamara, Tonia and Walter “Wally” Jr.

After many years of being the proud owner of the Texaco and Conoco service stations, Wally left to work for various other employers to include; Farmers Exchange, Harbor Oil, ICF Kaiser and Clark County Parks.  Wally was also employed by Einan’s Sunset Memorial Gardens and assisted in its construction.

Wally was deeply committed to his family and friends, always there when they needed him.  He was a man who loved life, a very strong man with a witty sense of humor who touched many.  He was greatly loved and will be deeply missed.