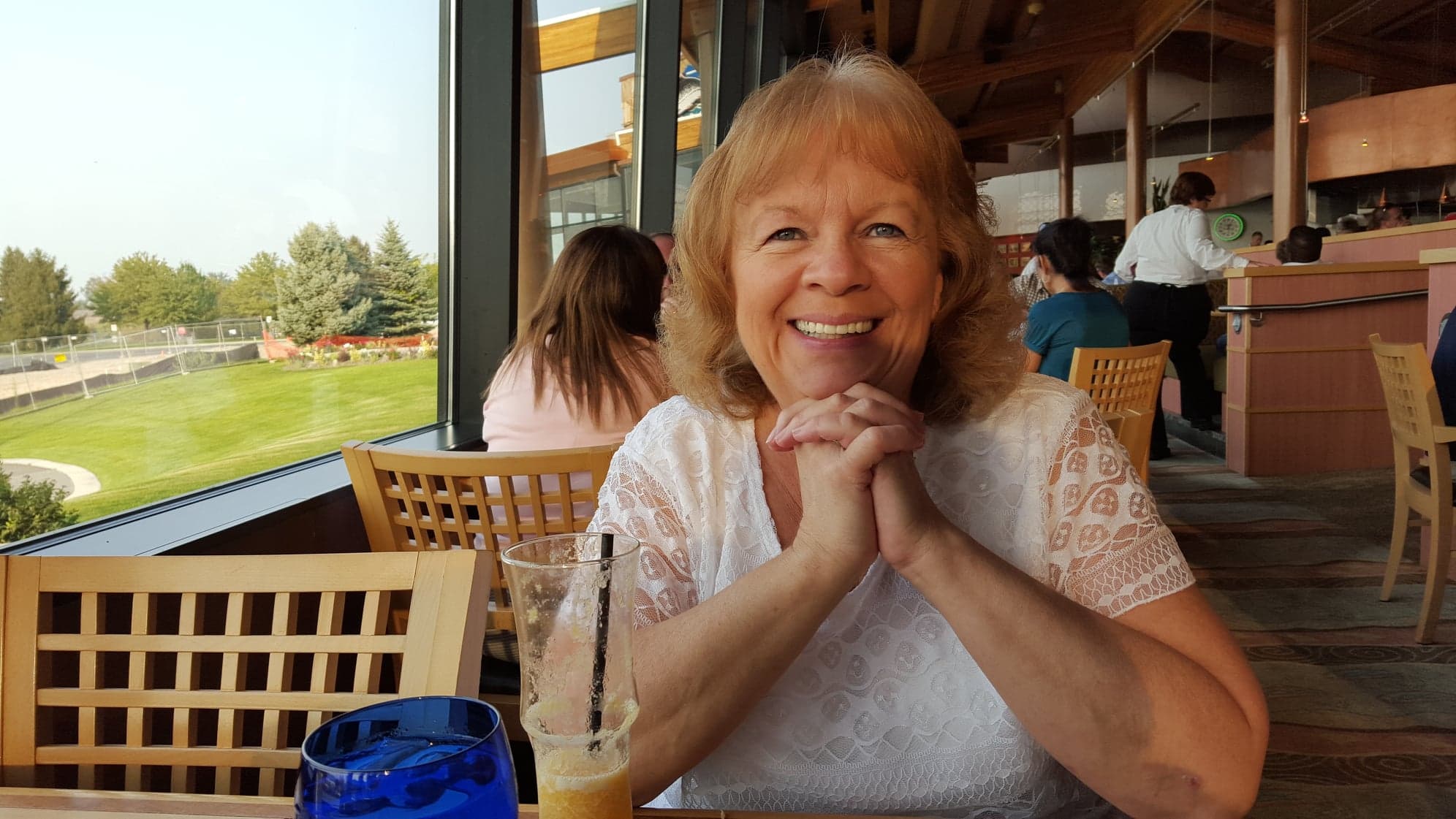 Beautiful Kathy Ann Berg, Mom and Grandma to all who met her. Born Kathleen Ann Reinecke December 15th, 1951 at Tacoma General Hospital, in Tacoma WA to Chester Neil & Beverly Jean Reinecke. She was soon joined by a brother Gary Neil, they grew to be as thick as thefts doing everything and seeing the world together. She was very active in Rainbow for Girls becoming a Worthy Advisor. At the age of 22 she met the love of her life, a younger striking man named Owe Berg they were soon married on August 24th, 1974 in Tacoma WA. They managed to have 5 children together Heidi Ann in 1976, Hollie Lynn in 1977, Aaron Owe in 1980, Amy Kristin in 1988, & Kari Lynn in 1992. They kept them busy moving from town to town finally ending up in Richland, WA. Her children blessed her with 10 grandkids, and 2 great grandkids. Kathy loved being a mom & grandma more than anything in the world. There isn’t one thing she wouldn’t do for her family. She was the center, the rock who everyone turned to in their time of need, comforting, joy and anything else they came their way. Everyone remembers her by the love she had, the parties she thru, the gifts she gave and her endless thoughtfulness. Anyone that met her was instantly part of her family, attending all holidays, and family parties. Every holiday was special to Kathy as she would change out every decoration in her house to the theme of that month’s holiday. All of her grandkids felt such joy going to grandma’s house, as it was always so warm and inviting. Her candy dishes were always full, she was always making some homemade food because store bought was unacceptable to her. As a mom she always made sure her kids experienced everything that she could make possible to them. Each Spring Break everyone would remember her taking them to the Oregon Coast and in the fall we would always venture to Leavenworth for the pumpkin patches. In more recent years, Disneyland and Hawaii were a yearly adventure and her brother Gary was always by her side. She always dreamed of moving to the Oregon Coast, and that dream came true (thanks Owe & Gary) in 2016. She loved living at the beach as it was such a peaceful place full of memories for her. Her final vacation she went on was two weeks before her passing to Disneyland, she called it her “old people trip” as she went with her brother and her favorite cousin Karin. A piece of her will forever live in her family, as she was everything to them. Kathy is survived by her husband Owe Berg, brother Gary Reinecke, children and their spouses Heidi & Dave Owen, Hollie & JT Thiel, Aaron Berg, Amy & Matt Flippins, Kari Berg & Todd Kuther. Also, by her grandchildren Bailee, Sierra & Devin, Austin, Gracie, Sophia, Terren, Rianna, Kash, Railey, Cynarra, Allison, Chris, Austin, & Julia. Great grandchildren Taylynn & Forestt. She is proceeded in death by her parents, Chester & Beverly Reinecke, grandparents Dorothy & LeRoy Harris, Gertrude & Chester Reinecke, in-laws Norman & Dagny Berg, brother in law, Eivind Berg, and great granddaughter Evelyn. Public funeral service will be graveside at Einans’s Cemetery Monday December 30th 2019. Celebration of life will be held directly after at The Richland Yacht Club. Flowers can be sent directly to the Berg Family at their home in Richland or to Einan’s at Sunset funeral home.