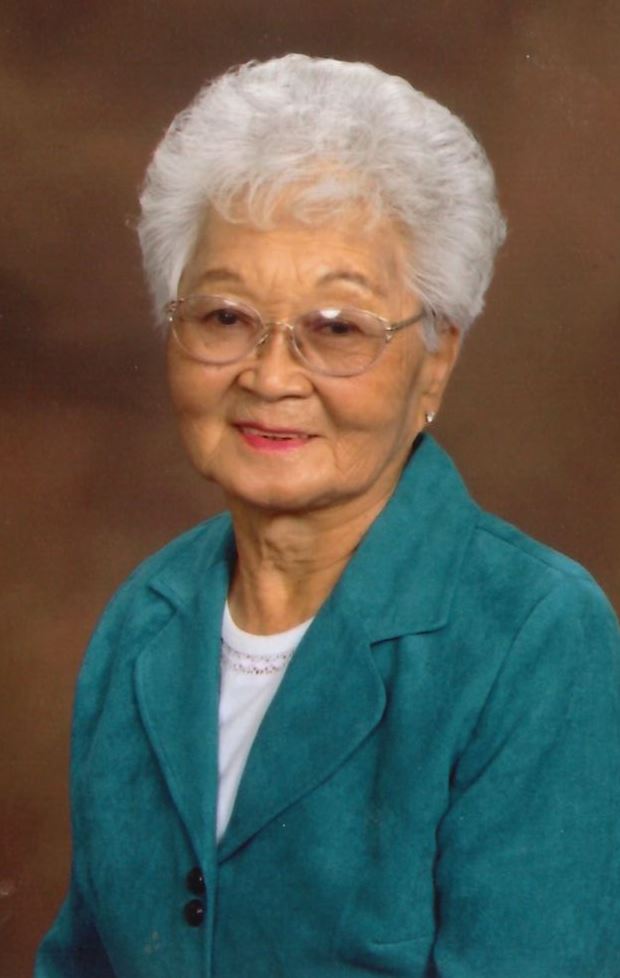 Martha Hirai, 89, from Mattawa, WA passed away peacefully on Tuesday, Dec. 3 in Richland, WA. She was the 9th of 11 children born to Kiyozuchi and Yayeko Fujikawa. She was born on January 2 in Madera, California and spent her early childhood in the Wilmington, California area.

At the age of 12, when World War II broke out, the family was assembled at Santa Anita Racetrack where they spent 6 months living in a horse stall while waiting to be interned at Jerome, Arkansas where they spent a year. Part of the family, Frank and Sam, were released to help harvest the beet crop in Montana and later drafted into the army. George stayed behind to help the family in camp. The family was then moved to Tule Lake, California for the duration of 2 ½ long years. The family was then released, and settled in Brigham City, Utah, where they raised vegetables for their roadside market. While in Brigham City, Martha finished her schooling at Box Elder High School. She also worked in a tomato cannery and as a housekeeper in Ogden, Utah. During that time, she met a dashing young man from Idaho by chance, and the rest is history. Charley and Martha were married on November 4, 1950.

Shortly after becoming a mother herself, Martha was a mother to Charley’s younger siblings as their mother had passed away. Charley and Martha lived in Idaho Falls and together raised their 5 children until 1963 when the family moved to Raft River area southeast of the Burley to farm. In 1971 the family moved to the Jerome/Wendell area to continue farming. In 1975, the opportunity to venture out west presented itself and farming continued in Mattawa.

Martha was a dedicated mother and housewife who helped in the farming’s operation. She was a strong, hard-working person, and despite all of her health issues, she rarely complained. Martha enjoyed her flower and vegetable gardens, as well as her kids and grandkids activities for many years.

Charley and Martha had 6 children of whom 5 are surviving – Harvey (Carol), Steve, Maureen (Ted), Rio (Janiece), and Allen. Martha is also survived by a sister, Rose Uyematsu, Of Anaheim Hills, California, 13 grandchildren, 20 great-grandchildren, one great-great grandchild, and many nieces and nephews.

Martha was preceded in death by husband, Charley, of 68 years, her parents, siblings- Helen, Doris, June, George, Harry, Sam, Frank, Edith, and Jeane, a son- Edward, and a granddaughter- Holly.

Public Viewing will be held at Einan’s at Sunset Funeral Home in Richland, WA on Friday, December 13 at 9:00 am followed by a Celebration of Martha’s Life at 10:00 am. A reception for family and friends will immediately follow.

A special thank you to all the staff and caregivers at Brookdale-Meadow Springs in Richland and Chaplaincy Health Care for your compassion in the care of our mother.