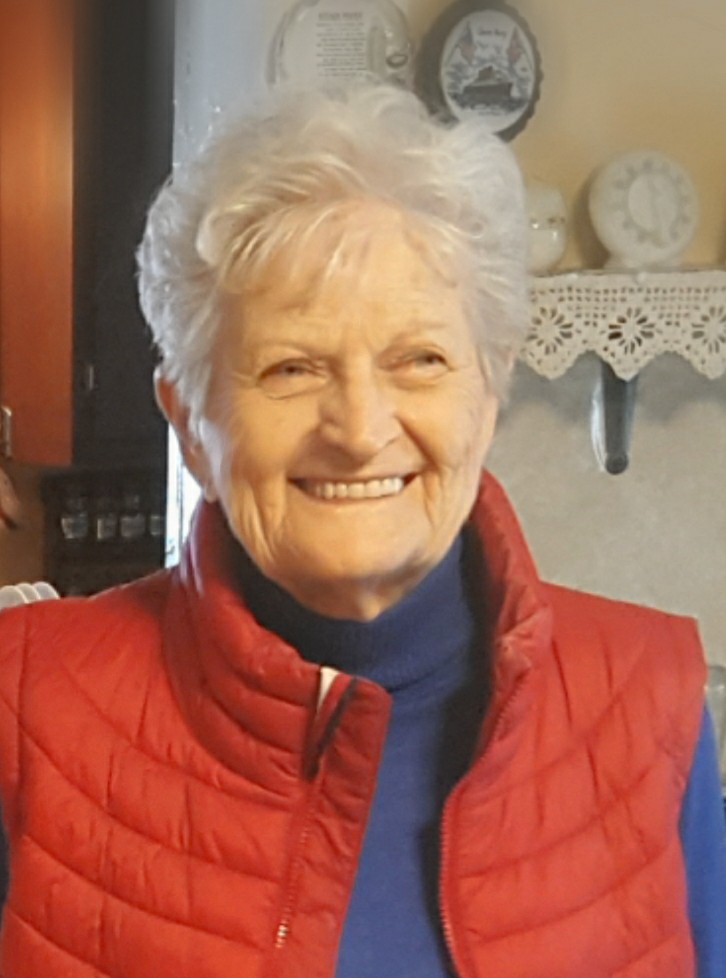 Bonnie Sorenson Merrill, age 84, passed away peacefully with her son and son-in-law by her side on January 22, 2020 at her home in Anaheim, California. Bonnie loved to laugh and shared her passion and positive outlook on life with all who knew her. Born with sight in only one eye Bonnie was always the eternal optimist and lived life to the fullest.

Born June 10, 1935 in Priest River, Idaho to David and Ida Sorenson, Bonnie was proud to be of Danish decent and she let everyone she met know it! Perhaps it was her Danish decent that contributed to her love for the color red! After a tragic home fire the family moved to New Plymouth, Idaho when she was in the 1st grade and where she graduated from New Plymouth High School in 1953. Upon graduation, Bonnie moved to Richland, Washington to work as a secretary at the General Electric Company. It was in Richland where she met motorcycle riding Norm Merrill from New Hampshire, who she married in 1955, a loving marriage that lasted for 61 years until his death in 2016.

After having two sons, Dale and Todd, Bonnie went back to work at Battelle, Pacific Northwest Laboratory where she started as a secretary and then became an administrative specialist. She was one of the first administrators in the company who was given a new device called a “desk top computer”, which she then trained engineers in her group how to use. She loved her work at Battelle and all the wonderful people she worked with over the years. After 26 years of service, Bonnie retired from Battelle in 1993 on the same day Norm retired from Westinghouse Hanford.

The next day Bonnie and Norm moved to Ocean Shores, Washington where the adventures began traveling in their motorhome. Together Bonnie and Norm visited all fifty states, as well as Canada and Mexico.

Eventually they relocated to Prescott, Arizona and then in 2009 finally moved to southern California to be closer to their son. One of Bonnie’s greatest joys in life was spending time with Dale and Tony and her brothers and sisters; together they spent many hours laughing together and enjoying a good meal, especially dessert!

Bonnie will be interred next to her husband Norm and son Todd. A graveside service will be held at Sunset Memorial Gardens in Richland, Washington on February 8, 2020 at 10:30 am.