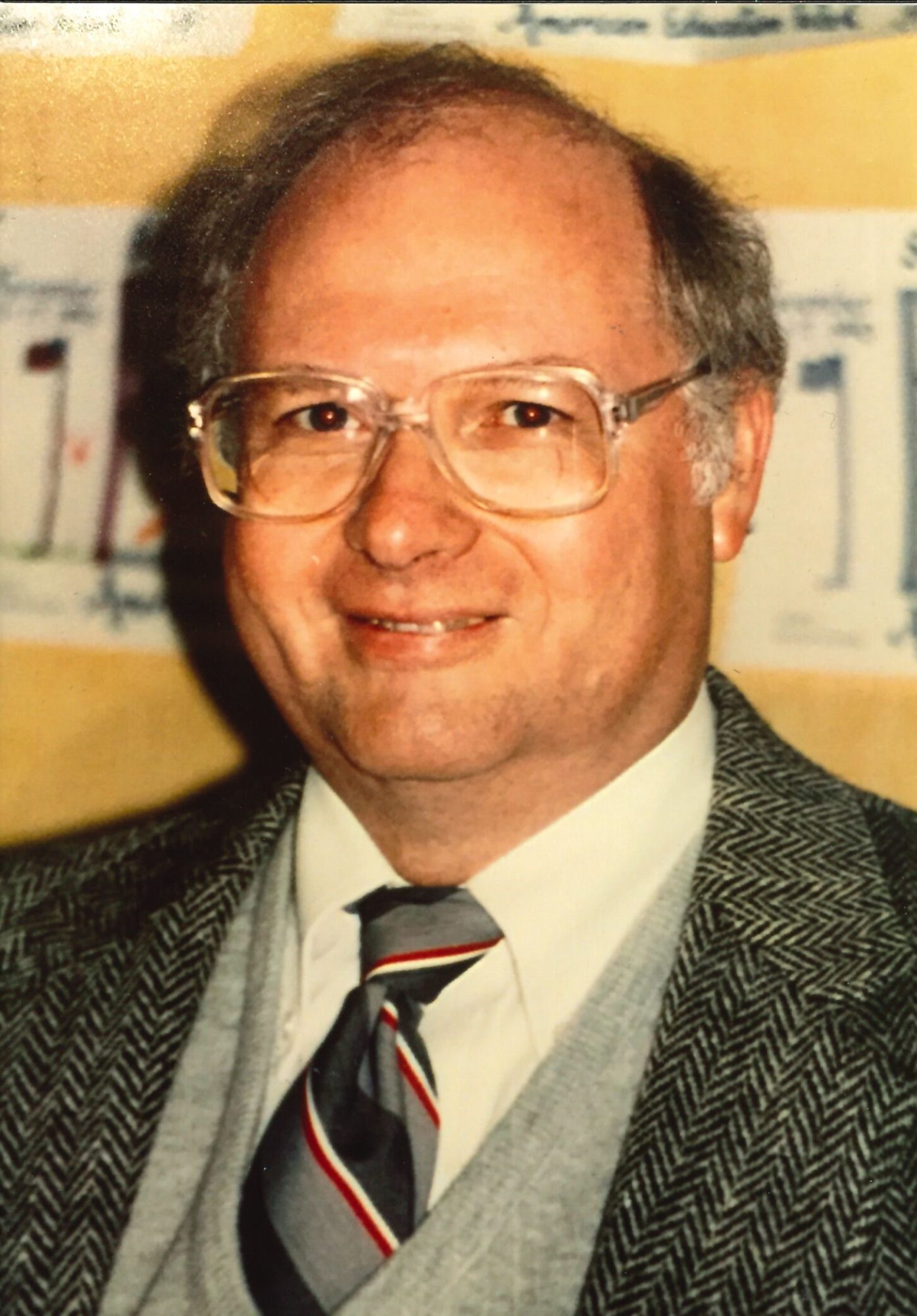 Born in 1931 in Saginaw, Michigan to the late Frederick Carlisle and Esther Rice Watrous, Dave graduated from Arthur Hill High School in 1949. After a year at Bay City Junior College, Dave attended Michigan Technological University, graduating in 1954 with a Bachelor of Science in metallurgical engineering. Shortly after completing a Master’s degree from the University of Michigan, Dave was drafted to serve in the United States Army. During his time in the Army, Dave and Dee were married on January 22, 1955 in Saginaw at the old Holy Cross Lutheran Church. After Dave left the military, he worked briefly for General Motors and then later for Ford in their atomic energy divisions. During that time, the couple lived in Taylor, Michigan, before deciding to move across the country for Dave to pursue a new job. In Canoga Park, California, Dave first worked for Atomics International where he worked on a team which designed nuclear batteries for use in long-distance manned space missions and in satellites. After joining the nuclear division of McDonnell Douglas Aircraft, Dave and Dee moved to Richland, Washington in 1966 with their three sons, where they joined Good Shepherd Lutheran Church. In their later years, the couple joined Lord of Life Lutheran Church in Kennewick. During Dave’s career, he worked as a metallurgical engineer, helping to develop efficient and safe duct cladding for the Fast Flux Test Facility at Hanford, along with designing and building the prototype insulators for the Alaska oil pipeline, which keep it from sinking into the permafrost. Dave earned a second masters, this one a Master’s in Business Administration, through the University of Washington in the Tri-Cities. His last 15 years at Hanford were spent working for Westinghouse Hanford and the US Department of Energy.

Dave was elected to the Richland School Board and served for 17 years, something that he called a labor of love and a gift to the youth of Richland. Dave served a four year term on the executive board of the Evangelical Lutheran Church in America. Along with Dee, Dave enjoyed his time as a docent for the CREHST Museum in Richland from 1996-2011. Dave’s volunteer service at Good Shepherd saw him serve in numerous capacities; from president of the congregation to stewardship chair, treasurer, Boy Scout merit badge advisor, he even found time to design and build the first wooden pews at Good Shepherd, replacing the old metal folding chairs. Dave supported Dee’s volunteer efforts with Tri-Cities Chaplaincy, enjoyed hosting events at their home for Community Concerts of the Tri-Cities, and conducted research in support of Dee’s work when she was the vice president of the Eastern Washington-Idaho Synod of the Lutheran Church from 1987-1995. Dave was instrumental in the development and building of several low income senior housing projects in the Tri-Cities, something about which he was quietly proud.

In his spare time, Dave enjoyed woodworking projects and loved his world travels with Dee.They traveled together near and far. Their retirement goals included taking Mom’s picture in front of every state capital building, an exploit which they greatly enjoyed. Once that goal was accomplished, they then visited every one of the 39 county seats in Washington State. In addition to domestic travel, Mom and Dad appreciated their time together on trips to China, Japan, and Russia, most of the countries of Europe, Australia, New Zealand, Turkey, Jordan, Egypt, and Israel, along with numerous sailings on cruise ships, including a trip with all three sons and their wives to Alaska in 2012. Even with all their world travels, their favorite getaway was Sunriver, Oregon, where they would relax by visiting various restaurants and playing endless games of dominoes.

Dave is survived by his sons Matt Watrous (LeAnne) of Richland, Dan Watrous (Donna) of Sausalito, CA, Steve Watrous (Twila), of Moxee, seven grandchildren, and 2 great-grandchildren. Dave was preceded in death by Dee, his wife of 62 years, and by his brothers, Leland R. Watrous and Francis Eugene “Bud” Watrous.

Celebration of Life for Dave Watrous will take place at Kennewick’s Lord of Life Lutheran Church, 640 Columbia Center Blvd., on Saturday, February 29, 2020 at 11:00 am.