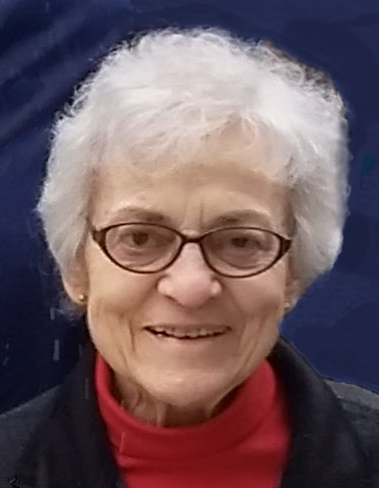 Mary Margaret Johnson went to be with her heavenly father on January 20, 2020. She was born August 29, 1929 in Lacrosse Wisconsin to Guy and Ruth Anderson. She was raised in the small town of Galesville Wisconsin and enjoyed many activities in her younger years. Scouts, music, choir, student government all kept her very busy.

She attended Luther College in Decorah, Iowa and was part of their prestigious traveling Nordic Choir. She decided there that nursing was her desired direction and took her training for the RN at Fairview Hospital in Minneapolis. She then went on to the University of Wisconsin to get a BS degree in nursing education and ward management. It was there, working at the student infirmary, that she confronted one of her patients in for knee surgery. She called him a “chicken” for notifying his doctor of a past allergic reaction to penicillin which resulted in post-operative pills rather than shots in the tail. His retort was to ask her out for coffee; — this was the beginning of a 65-year love story.

She and Ben Johnson were married July of 1954. They left Wisconsin when Ben received his degree and accepted a job at Hanford to get industrial experience before teaching engineering. Their thought of only staying a couple of years stretched a bit, and they have called the Tri-Cities home ever since.

Mary worked at Kadlec Hospital when it was only a barracks, but after starting a family, decided not to return to nursing. She spent many years working part time as an aid and reading room coordinator at Vista elementary in Kennewick.

Family and friends were an important part of Mary’s life. In addition to her many volunteer activities; she was active in Southside church choir and Sunday school, Vista women’s club, as well as a group of neighborhood friends that met for sewing every week/month for the past 53 years.

Her kids and grandkids brought her great joy and she loved spending time with them playing cards, words games or puzzles until the challenges of macular degeneration made that difficult.

Prior to retirement Ben and Mary enjoyed some fascinating trips to India, Europe, Turkey, Russia and elsewhere. They particularly enjoyed trekking in Nepal, and the Karakorum Mountains/Hunza Valley of Pakistan. She was always game for an adventure. In early retirement she and Ben volunteered a number of times teaching at an International Christian school in the mountains of South India. Later in retirement health issues limited their travel.

Mary is survived by her husband Ben Johnson, son Dan (Patty) from Renton WA, grandsons David (Ellie), Matthew, Josh, Tim and her daughter Judy (Reed) Simpson of Pasco WA. In lieu of flowers, donations could be made to Tri-City Chaplaincy Healthcare. A memorial service will be held on Saturday February 1 at 2:00pm at Southside United Protestant Church, 517 Jadwin Ave in Richland WA.