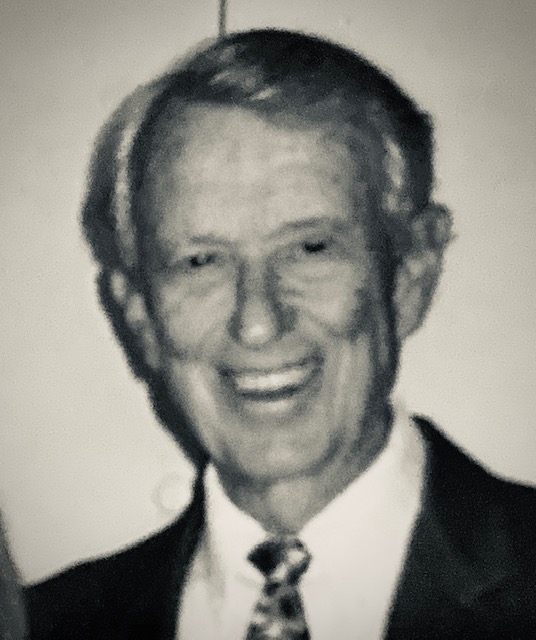 Recitation of the Holy Rosary

On September 9, 1958 he married Deanna Arline Dickert and together they had three children, Edward, Christopher and Angela.

In the spring of 1965 he moved his family to Richland, Washington and went to work for General Electric. Subsequently, he worked for Douglas United Nuclear, Westinghouse, Exxon Nuclear, Siemens and Framatome from where he retired in 1994. In his career he was a team player and respected colleague.

Mike’s love of his faith, family and community were evident throughout his life. As a parishioner at Christ the King Catholic Church he served as an usher and on the finance committee and was a member of the Knights of Columbus. As a husband and father he was always supportive, loving and unfailingly wise.  As a member of the community he served on the Tri-Cities Science and Technology Park Board of Directors and cared for his neighbors, taking their garbage cans in and out and shoveling the snow from their walks.

Sports and reading were two of his favorite pastimes. He golfed almost daily with Fr. Van Nguyen and his other golfing buddies at Horn Rapids, frequently scoring under his age up to two weeks before he passed away, though he did remark that this feat became easier as he got older. He also enjoyed playing tennis, volleyball, softball and basketball. Books, especially those on history and philosophy, were often open in his hands. Many of his books have margin notes with his observations and comments that will be cherished by his family.

His favorite quote was “Endeavor to persevere” by Chief Dan George from the Clint Eastwood movie “The Outlaw Josie Wales.”

He was courageous to the end, saying shortly before his death, “If the book has been written, nothing more needs to be done.”

Mike is survived by Deanna, his wife of 61 years; son Dr. Edward and wife Cynthia (Mutchmore) of Prosser, Washington and their children William, Ellie and Christopher; son Christopher and wife Pauline (Yat) of Edmonds, Washington; daughter Angela and her children Jessica, Lane and Solvae; great granddaughter Eleanor; and Erik Aasen, the father of Lane and Solvae. He is also survived by his brother William of Walla Walla and twelve nieces and nephews.

He was preceded in death by his parents, brother Edward (Bobby) and sister Patricia.

A Mass of Christian Burial will be celebrated at 11:00 am on Saturday, January 25, 2020 at Christ the King Catholic Church, 1111 Stevens Drive in Richland, Washington. A rosary service will be held immediately prior to the mass at 10:30 am.

“To live in hearts we leave behind is not to die.”