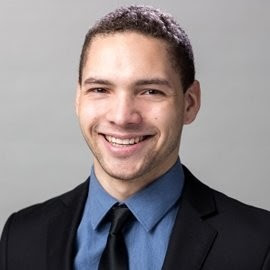 Perry Allan McNamar was born October 7, 1992 to Edward McNamar and Maria McDonald McNamar in Richland Washington at Kadlec Hospital.  His parents were overjoyed with the arrival of their new baby boy.  Perry was a very active and bubbly baby.  He had an infectious laugh that would light up the room.  He always had a joyful and outgoing personality, making friends easily and often.  He passed away unexpectedly on January 4, 2020 due to complications from open heart surgery.

Perry graduated from Richland High School with the class of 2011.  He later on received an Associate of Arts degree from Walla Walla Community College and a Bachelor of Arts degree in Marketing from Saint Martin’s University, Lacey Washington.

The best word to describe Perry is FEARLESS!  Whether he was trying new skateboarding tricks, diving off the Burbank cliffs into the Columbia River, or playing soccer, he possessed no fear.  His passion was soccer.  It was obvious from the first time he stepped onto a field that he was going to be an exceptional soccer player.  His speed, strength and determination made him a force to be reckoned with.  He excelled at all levels, being a four-year starter for Richland High School, the Team MVP, two-time high school All Conference, 2nd team All-State, and area regional all-star player his senior year.  He was also a member of a Tri-City Youth Soccer Association (The TCYSA Celtics team) that won the 2011 Washington State Championship and competed in the US Western Regionals.  In college, he was a two-time All-Conference player at Walla Walla Community College before finishing his soccer career at Saint Martin’s University.

After years of watching Perry play, his father Ed developed a love of soccer.  They would sit and watch soccer games for hours while Perry explained the intricacies of the game.  Their last great soccer adventure was when they attended the Seattle Sounders MLS Championship game November 10, 2019.  The two of them were so excited about taking this trip to watch Perry’s favorite team compete.  When the Sounders won the championship, Perry was elated!  It was the memory of a lifetime for father and son.

Perry was extremely strong-willed, independent and extroverted, qualities that he acquired from his mother, Maria. Maria had a mama bear personality about her baby cub.  She would often refer to him as “Perry Pooh” or “Pooh Bear.”  Sometimes this would cause sparks to fly.  Occasionally, Perry would surprise and delight his mother with an unexpected act of kindness and love. “Their love for each other, although not always explicitly stated was undeniable,” explained Perry’s brother, Eddie.

Perry had numerous friends. He was extremely close to a group of guys he referred to as “The Boys.”  They were a constant part of his life and knew that is house was their second-home.  It was a common occurrence for his parents to come home and find several guys playing at the house.  Maria would whip up a big pot of home cooking. During sleepovers, she would line them up to make “monkey bread.”  Everyone would happily help… except Perry… who would resist is mother’s insistence.

Perry loved playing video games, skateboarding and listening to music.  He and “The Boys” wore out three trampolines frequently from jumping off a roof!  The Boys are an incredibly close-knit group of friends, and they were an integral part of Perry’s life.  “‘They are and will always be our sons and Perry’s brothers!” – Maria

Perry lived his life to its fullest and on his own terms – courageously and proudly. His fearlessness landed him on the front page of The Tri-City Herald (2011), when he attempted a front-flip during high school graduation. (Search “Epic Graduation Fail” on YouTube). This resulted in his high school graduation policy change. This was but one of the innumerable escapades conducted by him and “The Boys.”

A “Celebration of Life” service will be held at Bethel Church, 600 Shockley Road, Richland, WA on Saturday January 18th at 1:30 pm.  A viewing and sharing of memories will be held on Friday, January 17 from 3 to 5 pm at Einan’s Event Center, 915 Bypass Highway, Richland, WA.  The family asks for people to bring a picture in a black frame with a write-up memory to the viewing to display and share.

Donations can be made to TCYSA in his name so that future “Boys” can experience the passion and joy that he felt when playing soccer and have “A Walk in Perrydise.”