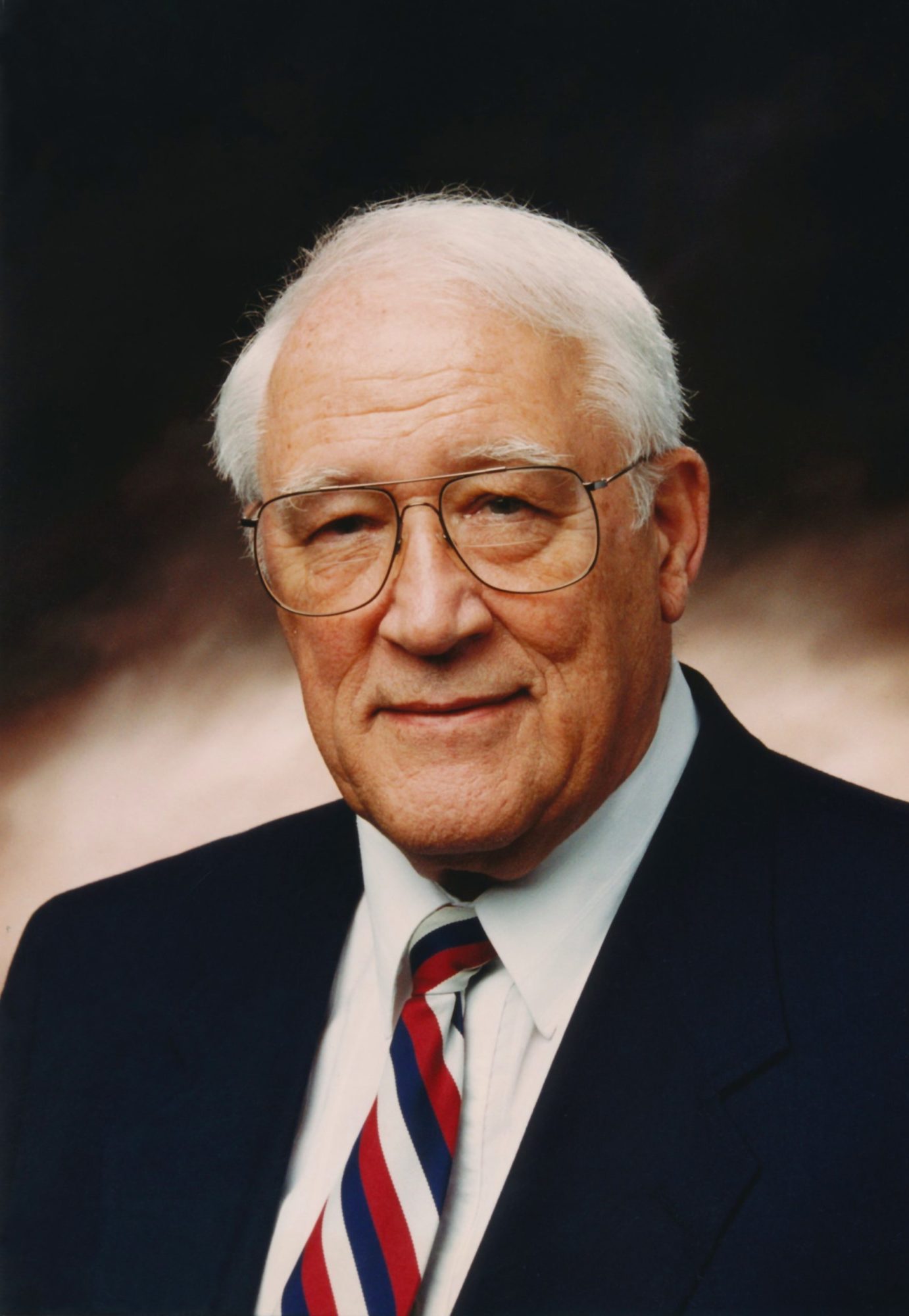 Our beloved father, grandfather, and friend passed away peacefully on Sunday, February 2, 2020, surrounded by loved ones. Donald was born November 4, 1926, in Salt Lake City, Utah to Clyde Dudley and Clara Edith Nielsen Brown.

Donald was a faithful member of the Church of Jesus Christ of Latter-Day Saints. Donald served an LDS mission in Finland, where he was allowed to compete and run track with an athletic club in Helsinki. His last months as a missionary; Donald served as an attaché for Puerto Rico at the Helsinki Olympics. For his service, Donald was knighted by the President of Finland to the order of the White Rose and Lion.

He was a lifelong Scouter and received his 80 year scouting pin this year. He received the Eagle Scout, Silver Beaver, and BSA’s National Distinguished Eagle Scout Awards. He was also a Woodbadge instructor.

At the age of 17, Donald enlisted in the US Navy Air Corps during WWII, eventually becoming a bombardier in a secret combat air squadron.

Donald graduated from East High School and received a degree in Geography from the University of Utah. Donald lettered in track 4 years at the University of Utah, was a cheerleader for the U, and was leading cheers in Madison Square Garden when the men’s basketball team won the NIT championship in 1947.

Donald married his eternal companion, JoeAnn Carole Johnson, in 1955 in the Salt Lake LDS Temple. Donald cherished JoeAnn, and they shared a wonderful marriage, together raising three children. Donald served many years as a scoutmaster, and relished being with the young men. Donald also served twice as a Bishop. Donald and JoeAnn and their son Seth served a stake mission in Richland, Washington.

Don loved mountaineering with his wife JoeAnn. Together they climbed The Grand and Middle Teton Peaks, Mt. Rainier, Mt. St. Helens, Mt. Hood, Mt. Adams, Mt. Shasta, Mt. Lassen, and all of the major peaks along the Wasatch Front.

After graduation from University; Donald accepted a job as an engineering geologist on the Hanford Nuclear Reservation at Richland, WA. He was employed there his entire career. He published many scientific papers, and retired as a Chief Scientist after a distinguished career that lasted over 45 years.

In 1962 Donald was instrumental in organizing the United Cerebral Palsy Association of Benton and Franklin Counties, in Washington, and is now known as The ARC of Tri-Cities, Washington.

Donald was an energetic and friendly man loved by those knew him. He had a youthful sense of humor, and loved to regale everyone he met with Boy Scout jokes.