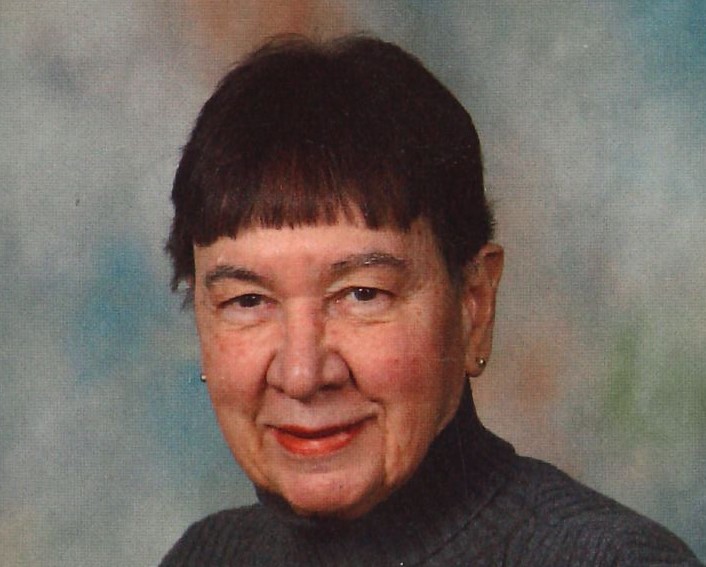 Recitation of the Holy Rosary

Joyce Marie Jungles passed away on February 29, 2020 after a 20-year struggle with Parkinson’s disease.  Joyce was born September 6, 1933 in Grand Island, NE to Arnold (Jack) and Dorothy Jungles.  She graduated from Ravenna High School on May 25, 1951.

As a young Catholic, Joyce felt called to the religious life and in 1952 she entered the convent at Sioux City, SD.  She became a novitiate at Yankton, SD on August 25, 1953 at the Sacred Heart Convent.  Her second profession of Perpetual Vows was at St. Benedict’s Convent in Madison, WI on July 1, 1957.  There she received the black veil.  She took the name Sister Mary Martin de Porres O.S.B.

In September of 1957 she taught 4th grade at St. Mary’s of the Lake in Waunakee, WI.  There were 47 students in her class!  In 1961 she graduated with a Bachelor of Science degree from Edgewood College of the Sacred Heart at Madison, WI and taught at the academy at Waunakee, WI.  In 1962 she attended the University of Notre Dame to work on a master’s majoring in arts, ceramic sculpture, and figure drawing.

In 1970 she received a B.S. in nursing from Creighton University, Omaha.  She also attended Gonzaga University in Spokane, WA where she studied Catholic spirituality.  She then became an administrative assistant at St. Vincent Hospital at Sioux City, IA.  In 1977 she moved to Worcester, MA where she worked as a head nurse in a nursing home.

At age 65 she retired and moved to Richland, WA to live with her sister, Janet Schmale.  She loved to travel and visit friends and relatives.  She traveled to Rome several times and had a private audience with the Pope.  She enjoyed trying new things.  One time while visiting relatives in Texas, she tried out her nephew’s mini bike.  Everyone was surprised to see her speeding down the road, her nun’s habit flying in the breeze!

She was preceded in death by her parents, Dorothy and Jack Jungles, her sisters, Dorothy and Marianne, and her brother, Fred.  She is survived by her sister, Janet, and many nieces and nephews.

Viewing will be from 5 to 7 pm Thursday, March 5th at Events at Sunset (915 ByPass Hwy in Richland) with the Recitation of the Holy Rosary following at 7 pm. The Funeral Mass will be held at Christ the King Catholic Church in Richland at 11 am on Friday, March 6th, 2020.  Burial will follow to Sunset Gardens in Richland at 2 pm.