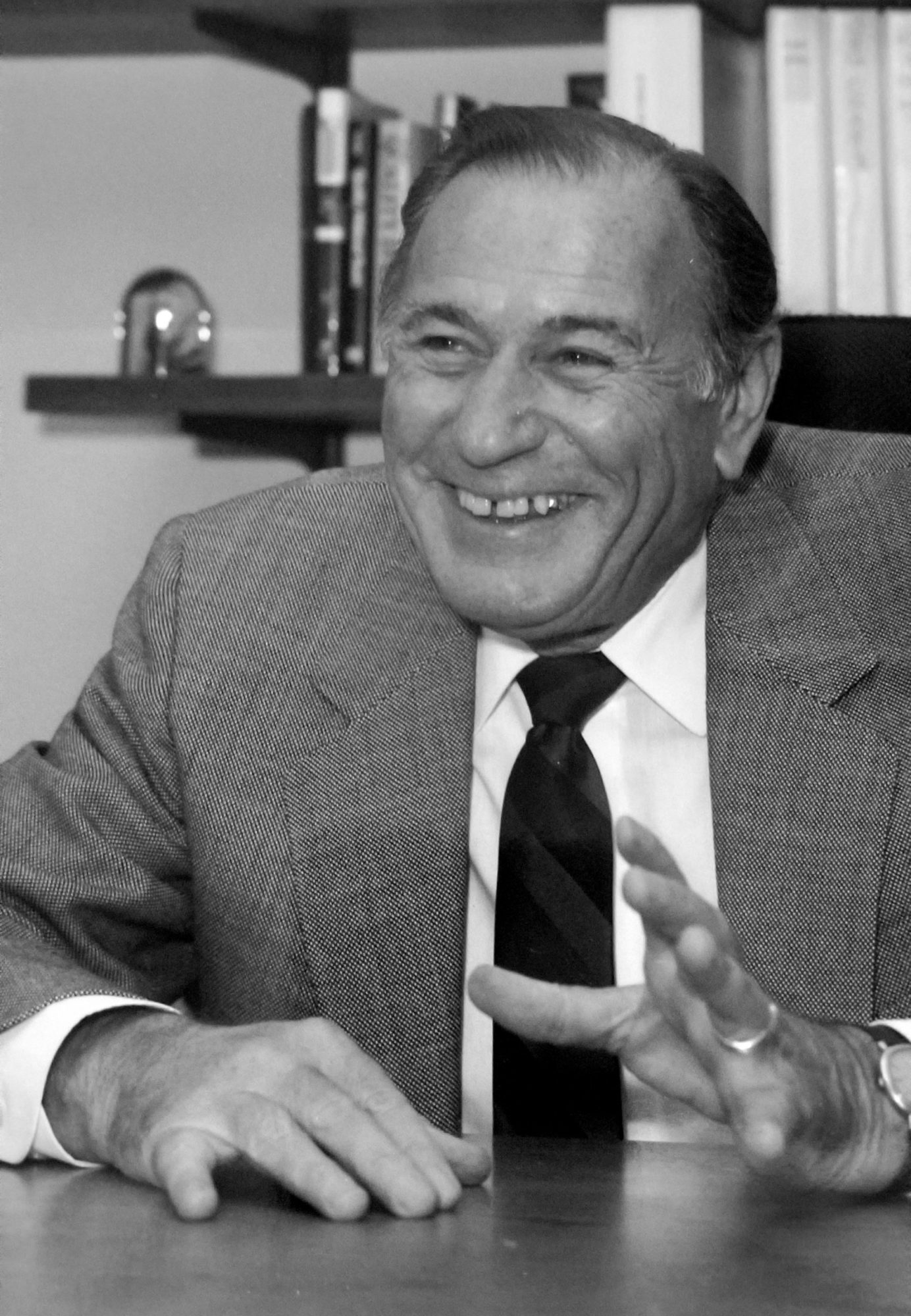 Stan lived a long and extraordinary life.  He was dearly loved by everyone who was fortunate enough to know him – especially Joyce, his beloved wife of the past thirty-one years.  From the outset of their marriage, Joyce and Stan enjoyed life to the fullest and they were inseparable. They shared a love for dancing, cooking, traveling, supporting their community, and entertaining friends and family in their inimitable style! Stan’s legs began to fail him over the past several years, but his laser sharp mind, kindness, grace, gratitude, wit and charm never waned! Through the ten years that Stan was confined to a wheelchair, he never once complained! He was grateful, until his last breath, for the loving care provided by Joyce.

Stan’s story began in Norfolk, Virginia, as the first son of Philip and Lillian Goldsmith, with his brother Bill born a few years after him. A precocious student, he skipped two primary grades in public school, and faithfully studied religion and Hebrew after school at the neighborhood cheder. He graduated from Virginia Tech in 1945, with a degree in Chemical Engineering.

After college, Stan was drafted into the U.S. Army, and assigned to the Special Engineer Detachment of the Army Corps of Engineers at Los Alamos. While at Los Alamos, Stan met and married Bonnie Petit Wall who served there with the Women’s Army Corps. Bonnie and Stan were loving parents to their son Philip and daughter Leila, and were happily married for forty-four years, until Bonnie’s death in 1987.

Stan left Los Alamos to get a graduate degree in Chemical Engineering, after which he and Bonnie moved to Richland in 1950. He worked first for G.E. and then for Battelle and his distinguished career continued to grow and flourish. Stan found his early work as a reactor engineer at the Hanford Reservation extremely interesting and said that he felt fortunate to be on the forefront of a new technology.  He noted that the emphasis at that time was on the peaceful use of nuclear power and he got involved in improving the nuclear fuels that were being used.

Through Stan’s brilliance, vision, work ethic and leadership skills, he rose in the management ranks at Battelle. He was Manager of Fuel Design and Development; he was moved to Columbus, Ohio for a few years as Director of the Office of Nuclear Waste Isolation; and he returned to Richland as Director of Quality Achievement. Upon retirement, he worked in Washington DC for the Roy F. Weston Company, and then settled back in the Tri-Cities. He was also especially proud of a post-retirement project he worked on at the law firm of his friend, Allen Brecke.

Stan was a long-time member and past president of Congregation Beth Shalom in Richland. He was an avid tennis player and played a cunning hand of bridge, as well. His son, Philip says his dad was “an avatar of reason and moderation, with counsel that tended toward wisdom”, and daughter Leila feels he was “the best and sweetest dad in the entire world”.

Stan is survived by his wife Joyce, his children Philip (Gail) and Leila Noonan, his brother William (Sandy), nine grandchildren, and six great grandchildren. The family wishes to thank all the loving caretakers, friends, and family who’ve been part of “Team Stan” for the past several years. He was a great man and he will be missed!