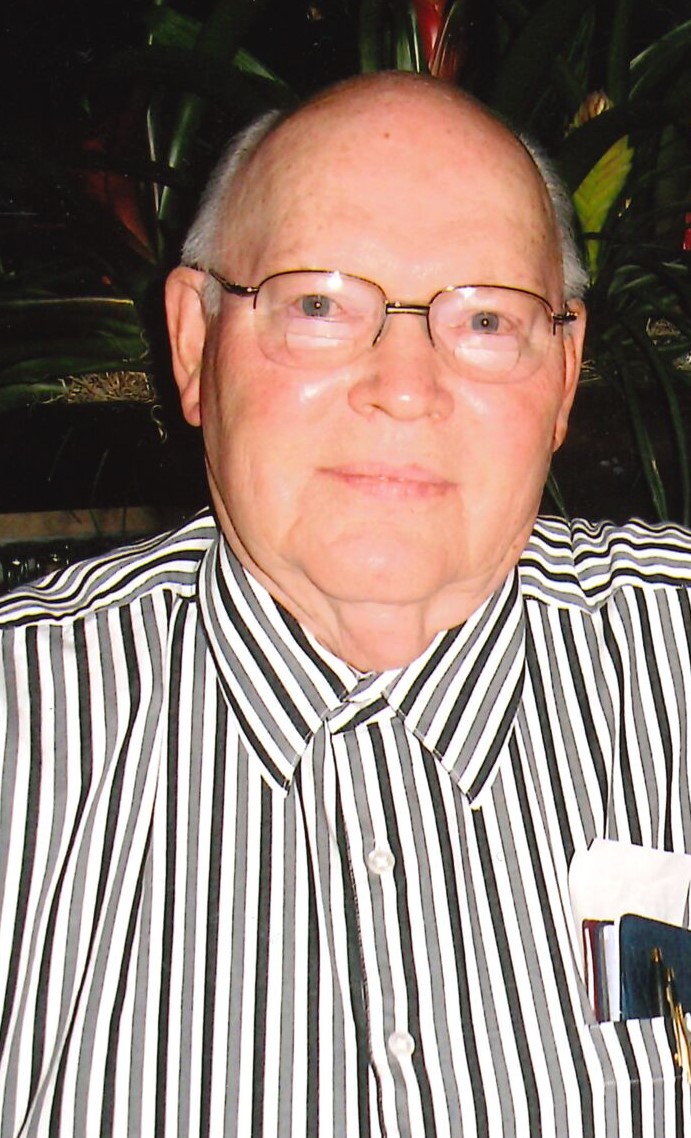 Clarence Andrew Strand of Richland, Washington died on March 13, 2020 at Richland Rehabilitation Center. He was born to Andrew H. Strand, an immigrant from Sweden, and Gladys Adeline Peterson Strand on May 17, 1927 in Miles City Montana. Within four years, Clarence was joined by sisters, Mildred Marie and Eleanore Elaine. They grew up in Rock Springs and Custer County Montana before moving to Miles City for high school. Their father, Andrew, died when Clarence was six years old and their mother, Gladys, traveled to Jordan as a cartographer, while her father, Edward, and brother, Desmer, stayed with her small children. She was also Clarence’s first grade teacher. Clarence graduated from Custer County high school in April of 1945 and joined the army that October, traveling to France and Germany after the end of the war. He returned in 1947 and began college in Bozeman at Montana State University in 1948 to earn his degree as a chemical engineer. He met Doris Lucille Douglas at a city-wide youth group in Miles City in 1948 and they married on June 23, 1949. Clarence graduated in 1951 and his first son, Bruce Allen, was born shortly after in Blackfoot, Idaho, where Clarence worked at Idaho Potato Starch Company. His daughter, Karen Ann, was born the next year. In 1955, the family moved to Richland, Washington, and his son, Douglas Andrew, and daughter, Marlene Marie were born. Clarence worked at Hanford as a nuclear engineer until he retired in 1992.

Since 1957, Clarence was a pillar of the First Baptist Church of Richland, joining his sister and husband, Mildred and Lloyd Thompson, who were also active members. He was Sunday School Superintendent and a deacon for many years, taking stints in many other roles, including working in the children’s nursery and pre-school. He loved to tell endearing stories about the children’s comments. The Strand family made many trips back to Miles City, Montana to visit his mother and his sister’s family, Elaine and Bryce Richards, there. The Strands’ took other vacations by camping around the Northwest including Oregon beaches. His stepfather, John Austinson, died in 1958. His mother, Gladys, died in 1998 at age 94.

He rejoiced in his grandchildren (in birth order), Karmelle, Luke (Karen), Jaime, Melissa (Bruce), Hailey and Jesse (Marlene), Kylie (Bruce) Ben (Karen), Andrew (Bruce), and Natalie (Doug). He was also able to meet many of their children, his ten great-grandchildren.

In 2002, Doris, his wife of 53 years, died and he married Shirley Szendre, also of Richland, on May 4, 2002. Her children and grandchildren enjoyed him for nearly eighteen years, during which the couple traveled, delighted in their great and great-great grandchildren, and supported one another. As Clarence declined in health, he relied on her daily love and support. His family was able to surround him during the last weeks of his life.

Everyone loved Clarence. Many benefitted from his generosity, compassion, and open heart. He called friends and acquaintances when traveling and reached out to help strangers as well as friends and family and the many ministries of his church for 65 years. The Lord blessed him with a long life and people who loved and cared for him. Clarence was preceded in death by his wife, Doris, his parents, his brother-in-law, Bryce Richards, and his Swedish aunts who helped care for him and his sisters.

When Clarence was four, his father saved him from a fire by throwing him into a snow bank, but his right hand was so severely burned that the doctors thought of amputation. Clarence wrote in 2005: “I thank the Lord for saving my right hand; it is a constant reminder to me of the Goodness and Grace of God.” We rejoice that Clarence has entered into the presence of his Lord. A thoroughly good man, kind and generous to all, he loved life even when in great pain and discomfort. His spirit was strong; he fought to live until he could not do it anymore. Now he beholds our Lord Jesus Christ and is with all of us through the Holy Spirit, for love is stronger than death.