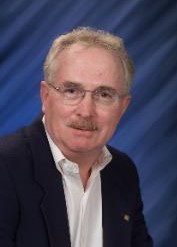 Terrence Joseph Doherty, ‘TJ’, was born in Butte, Montana on January, 21, 1946 to Terence Francis Doherty and Dorothy Melrose Merriam.  He was the younger brother to Susanne Elizabeth Campbell and older brother to Richard Mark Doherty.  With the war over, the family moved to Spokane, WA seeking life away from the mines. Settling in Spokane, young Terry made lifelong friends in their new neighborhood on West Augusta.  He spent many summers and holidays in Montana with his cousins and relatives.  He attended Gonzaga Preparatory high school, in a scientific course, and then joined the Marine Corps in 1965.  Serving in the Vietnam War, he was an infantry rifleman, and spent much of ’65 and 66 with the 9th and 3rd Marines, where he saw combat and was a Purple Heart recipient.  On his return home in 1967, he started college on the GI Bill and soon married his life partner, Judith Ann Veter, who he’d met when in high school, and who had written to him while he was overseas. The young couple worked full time to cover school and family expenses while Terry attended Gonzaga University and despite the struggles of being a veteran on campus in the 60’s, made a friend for life in his lawyer buddy Brad Doyle. In 1969, he and Judy started a family with the birth of daughter, Shelly Ann. He received his B.S in Civil Engineering in 1974 and moved to Richland, WA to work as research engineer at Battelle’s Pacific Northwest National Laboratory.  Son, Terrence Patrick, was born in 1975.  He spent his 33-year career at Battelle and PNNL as a contributor to various technical capacities, program management and development roles.  He worked with many different minds and disciplines across the Lab and always enjoyed gaining this wider education from his colleagues in the process.  He retired as Director Emeritus, Department of Defense programs for the National Security Directorate.   In the fall, Terry enjoyed hunting deer with his brother and hunted elk for over 30 years with a special group of important friends; he was always welcome in elk camp as a “pretty good” cook.  Moving from the rigors of the mountains to the sea later in life, he began salmon fishing offshore on the big water, and fished his home state, Canada and Alaska with friends.

Terry and Judy enjoyed following their childhood activities in gymnastics, soccer, and baseball and made more friends along the way.  In 2004, his children provided their reward to their parents by quickly having four beautiful grandchildren, Shelly’s daughters, Shelby Ann and Abby Marie, and Terry Pat and his wife Holly’s son, Finnegan Terrence and daughter Katherine Bailey.  They all lived nearby, so he and Judy got to spend much time with them, seeing them grow, learn, and witnessing their many activities and adventures.  Retiring in 2008, he and Judy enjoyed cruises and traveling and socializing with their neighbors, Judy’s tennis network, and many other friends made along the way of a charmed life.  Terry said his grandchildren were the joy of his life.

Terry’s parents precede him in death. Terry is survived by his wife, Judy, children Shelly and Terry, and grandchildren.  Also survived by his sister Sue, brother Rick, in laws, and many nieces and nephews from both sides of the family.  Services, and internment will be provided, by Einan’s Funeral Home at Sunset Gardens.