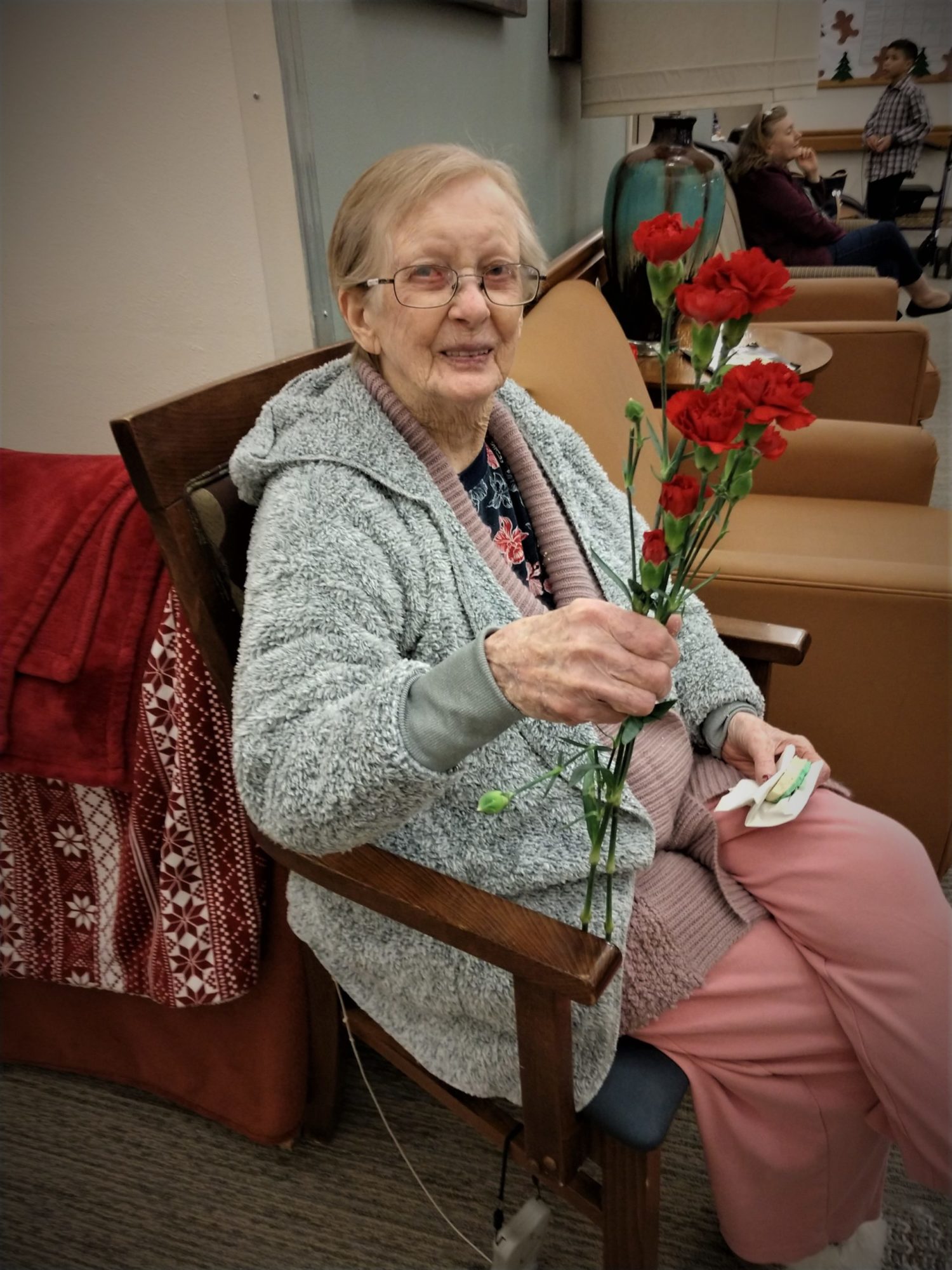 Charlotte May Smith was born in Axtell, Kansas to Margaret and Robert Smith on November 19, 1922.  She grew up on a farm with her two younger brothers and  sisters:  Frances, Robert, Maxine, and Paul. Some of her siblings attended West Point School and some attended Axtell High School. The entire family moved to Marysville, Kansas in 1941. Times were hard on the family as they grew up during the Depression. The family was extremely poor, and all the children worked on the farm. Charlotte moved to Richland, Washington during the 1950’s with some of her siblings to work at the Hanford Area. She worked at the badging house. Through her brother and sister, she was introduced to Marshall Jones and they were married on June 21st, 1956. Charlotte began taking classes at Columbia Basin College and became a Licensed Practical Nurse right after giving birth to their daughter Janice in 1957.  Charlotte and Marshall had four children together: Janice, Jay, and twins Mark and Maryann. Charlotte was a stay at home Mom until the twins started going to Middle School.  She then began working at Kadlec Medical Center in Richland in the Medical Unit as an LPN in October 1976. She worked the graveyard shift. She worked as a nurse for 25 years before retiring. She kept busy by working as a Health Care Assistant for private services  for about 5 more years after her retirement.  In her spare time, she kept herself very fit and enjoyed dancing at the Kennewick Senior Center with her husband Marshall, going on walks in the park, gardening, bicycling and going to aerobic exercise classes with her daughter Maryann for over 20 years!

Charlotte was preceded in death by her husband Marshall Jones, brothers and sisters: Francis Anne Glick, Robert Jr. Smith, Mary Maxine Koontz and Paul Clayton Smith. She was the eldest of her siblings and was 97 years young!