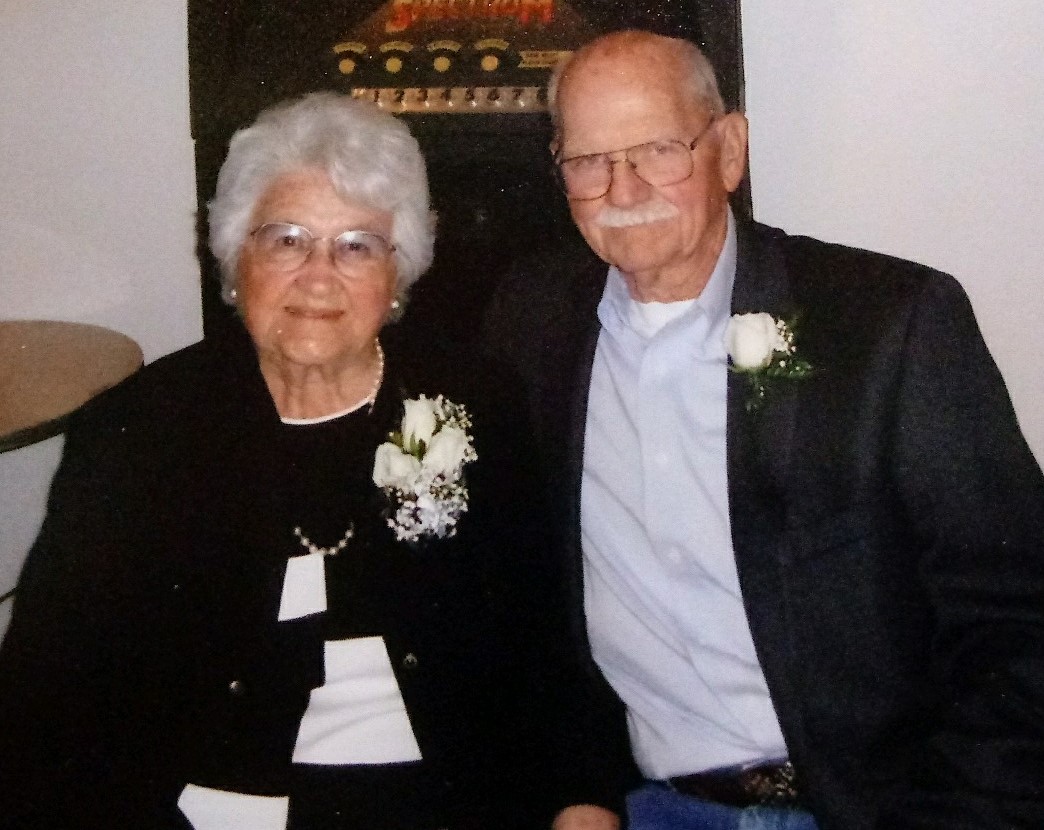 Opal Irene Coyne 1927 – 2020 Opal was born in Hedley, TX on April 3, 1927 to Nathan and Irene Tanner. Opal went home to be with the Lord on in Kennewick, WA at the age of 93. Opal‘s Catholic  faith was an important part of her life. She is the last surviving of three children, an older sister Laverne Tanner and brother Orval “Bud” Tanner.  After completing high school, she married the love of her life James H. Coyne on October 22, 1945 in Vinita, OK and moved to Richland, WA the same year.  The Coyne’s shared 71 wonderful years together and raised a family of five boys who went on to bless her with numerous grandchildren and great-grandchildren. Opal was proud of her accomplishments and spoke of awards she received in public speaking competitions while in high school.  Opal later wrote speeches for an Oklahoma State Senator.  She held several jobs while being a mother and homemaker, and was very successful in selling Beeline clothing and Sarah Coventry Jewelry for many years. Opal was an excellent cook, famous for her homemade bug buns, fried chicken, homemade weiner wraps, and her sourdough waffles were to die for. What Opal loved most was feeding people. When you walked into her house, the first thing she asked was if you wanted something to eat and she wouldn’t stop asking until you had a plate in hand. Opal loved sports, especially watching her sons compete. She never missed a Seattle Mariners game on TV. Family was very important to Opal. She enjoyed spending time with her family outdoors camping, hunting, fishing and backyard barbecues. The Coyne family wore out many decks of cards and several hand cranked ice cream makers.  The Coyne’s learned many lessons from these family gatherings and produced many stories, much love and reminiscing over the years.

There will be no visitation and viewing, there will possibly be a celebration of life at a later date.