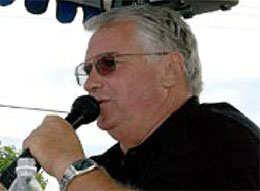 Val worked with his father at the L.W. Vail Company of Pasco, Washington, the largest highway construction company in the Northwest, for many years before the company sold.

He worked for H&H Contractors and spent several years commuting from Washington State to Fairbanks, Alaska before founding Vail International Auctioneers with his wife, Mary in 1981.

Vail International managed the sale of small businesses to nuclear power plants.  They also had a car and vehicle division that sold cars, trucks, mini-vans, collector vehicles, and construction equipment at their auction center, in Pasco.  They spent four years in Colorado working with the government closure of the Rocky Flats Plant, a nuclear weapons parts manufacturing complex.

Val and his father established VA Ranch in Kennewick, Washington in the 70’s and were instrumental in the construction of Sun Downs racetrack.  Val was a founding member of the Northern Quarter Horse Racing Association as well as served as AQHA Director for Washington State many years.

He took over management of the VA Ranch, following his father’s death, where such stallions stood as Old Tom Cat, Ricky Taylor, Pistol Bar and in the late 80’s Juno Dat Cash.  AQHA Hall -of-Famer Abigail Kawananakoa purchased the ranch and Juno Dat Cash in the 90’s.

He and Mary had recently retired and lived in Chandler, Arizona at the time of his death.

He was preceded in death by his parents and daughter, Wendy.

Val will be interred at Sunset Gardens Cemetery, Richland, WA.