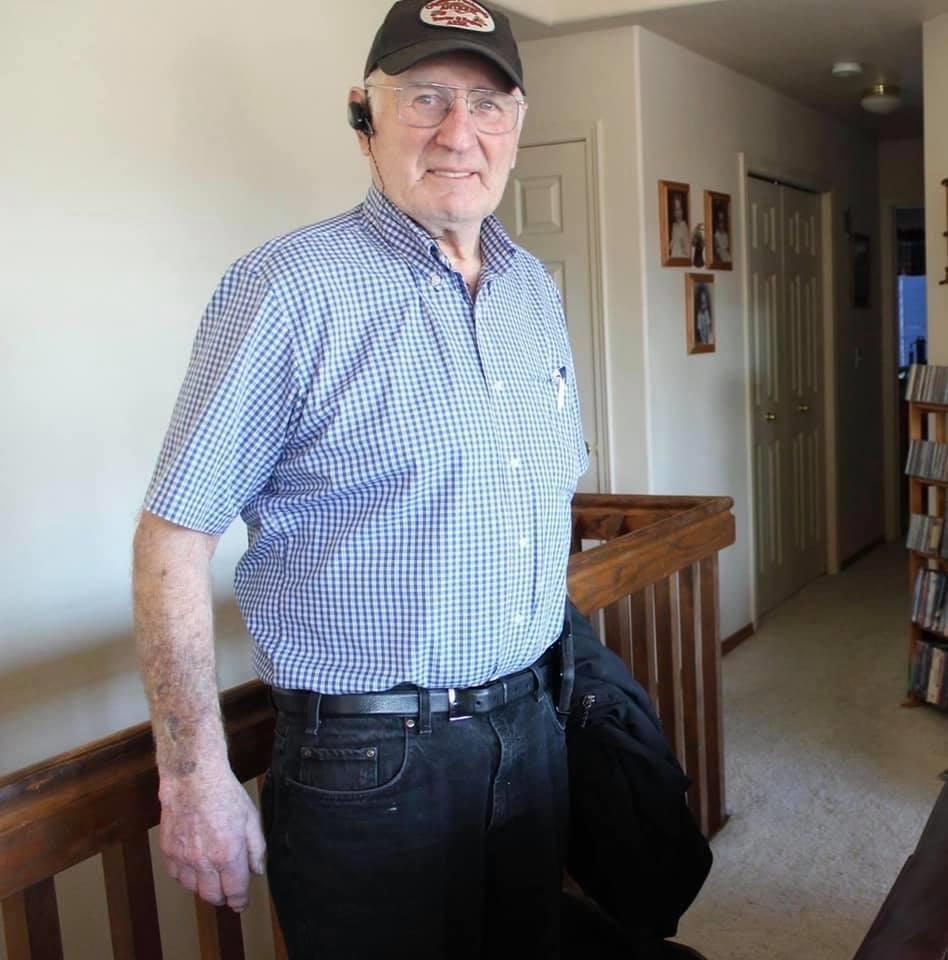 Clifford Durant of Kingston, Washington died on May 9, 2020 in the Tri-Cities. Cliff was born in the Yakima Valley, in Grandview, Washington on March 29, 1934 to Clarence and Zoe (Ludwig) Durant. Shortly afterward they moved to the family farm near Kamiah, Idaho where Cliff grew up, played football in high school and was in the first marching band in Kamiah when he was in the 5th grade. After graduating from Kamiah High School in 1952 he moved to Yakima and went to what then was referred to as Perry Trade School where he got certification as a machinist. While in Yakima, he met his future wife, Betty Ferry.

After that, they moved to Seattle (and later to Kent), where Cliff worked as a machinist, first for Kenworth and then for Boeing. Cliff wanted a chance to be the last one to turn off the lights in Seattle, but Boeing wouldn’t lay him off, so in November, 1971he resigned from the company and moved to Quincy to pursue his dream of owning his own business, taking over the Quincy Tire Shop. After that, he purchased some farm equipment and got into the business of custom farming. He also hauled hay, but eventually focused his business on custom (hay) stack retriever and harobed service. Cliff also farmed alfalfa, pinto beans and a small pear orchard on the Royal Slope.

After moving briefly to the Royal Slope during the mid-1980’s, Cliff returned to Boeing where he later retired. In 1995 he met and then married Patricia Coffee and moved to her farm, “Coffee Grounds” near Kingston. He spent his time on the farm, raising cattle, horses and an ostrich named Madonna. He also restored and showed antique tractors and competed in tractor pull events. He lived at Coffee Grounds until April 2020 when his son and a daughter brought him to Kennewick, where he spent the last three weeks of his life at Fieldstone Senior Living.

Cliff was also a volunteer fire fighter and an emergency medical technician, serving in Fire Districts in King, Grant, Snohomish and Kitsap Counties including time served as an officer reaching the level of Assistant Fire Chief in Grant County Fire District 3 (Quincy).

Cliff was honest and hardworking and loved to help people. He was humble and reserved-yet fun-loving. His kids will never forget how they could laugh at his corny jokes! He loved the outdoors, his family and friends, bowling, square dancing, traveling, football and a good game of pinochle. He is missed by many.

Cliff is preceded in death by his parents, his wife Patricia Coffee (on April 20, 2020) his first wife Betty of Quincy, all but one of his aunts and uncles, a son-in-law, Don Parchen of West Richland, a great-grandson, Seraphim Lane of Selah and a niece Judy (Robert) Gordon of Lewiston, Idaho on February 6, 2020. He is survived by his sister Barbara (Wendell) Miller of Kamiah, Idaho, an aunt, Esther Zahn of Richland, his son Tom (Robin) Durant of Yakima, daughters Laurie Parchen of West Richland and Nancy (Bob) Soules of Yakima. Grandchildren, Angela (Adam) Rasmussen of Silver Spring, Maryland, Becky (Mike) Luckman of Richland, Justina (Kevin) Lane of The Dalles, Oregon, Janet Durant and Allison Durant of Yakima, Eric (Veronica) Parchen of Burien and Lindsay Soules of Yakima. He is survived by 8 great­ grandchildren with one on the way and several nieces, nephews and cousins.