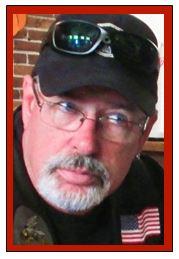 Robert Donald Julian, age 63, died suddenly on Saturday, May 9, 2020, as the result of a motorcycle accident near John Day, Oregon. Rob (sometimes known as Bob) was born on November 13, 1956, in Youngstown, Ohio. He was the third of eight children born to Carole (née Christman) and Robert Julian.

In his childhood, Rob was a member of the Cub Scouts, played Little League, and served as an altar server in the Catholic Church. As a typical brother growing up in a large family, Rob found many ways in which to “torment” his siblings. For example, for his birthday celebrations, he would always gleefully select lemon cake, “in order to deprive his sisters and brother of chocolate.” Rob remained close to his brother and sisters throughout his life, cherishing their times spent together. In his youth, his family shared many adventures as they moved from Youngstown, Ohio, to Scottsdale ,Arizona (1958-71), then to Penang, Malaysia (1971-73), and then on to McDonald, Ohio (1973-77);it was from there Rob joined the United States Navy. Rob proudly served in the U.S. Navy from 1975 to 1979 with VAQ-138 NAS, Whidbey Island, Washington, as an Aviation Ordinance Man; and with VX-5 NAS, China Lake, California, as a Qualified Plane Captain. He was stationed on the U.S.S. Dwight D. Eisenhower. Rob was released from active duty and transferred to the Naval Reserve in September 1979; he was Honorably Discharged in June 1981. His years of service led to a life-long respect for all those who serve or have served in the Armed Forces.

Later on, when Rob retired from his civil career, his long-time friend, Randy Felts, encouraged him to join the Patriot Guard Riders (PGR). PGR is an organization whose members escort and attend funerals of members of the U.S. Military, as well as First Responders, at the bereaved family’s request. Their mission is “standing for those who stood for us.” Rob became a loyal member of the organization, feeling it was both an honor and his duty to be riding with the group in Washington state and Arizona. In addition, Rob joined the Missing in America Project, an organization whose mission is to honor and respect the unclaimed remains of military veterans, and to help secure a final resting place for all those who have served the country with honor. Rob also supported The
Wounded Warrior Project.

After his military service, Rob settled in the Tri-Cities and began working in the Hanford Area, serving at multiple locations as a Chief Reactor Fuels Operator, a Nuclear Reactor Operator, and a Technical Instructor in Operations Training. Rob married Ann Nelson (née Hendrickson) in September 1982. The couple adopted their son, Ryan Joseph Julian, in September 1984. Rob spoke often of the joy he felt upon learning Ryan’s adoption had been approved. Rob and Ann remained married until June of 1986. After his marriage ended, Rob took a 2 ½-year hiatus from his work at Hanford to become a Master Scuba-Diver Trainer, working in Washington, California, and Hawaii. He eventually returned to Hanford, where he worked as a Nuclear Engineer until his retirement in the fall of 2018.

In May 1992, Rob met the love of his life, Carrie Ann Baker, through a blind date arranged by his sister-in-law, Geri Taylor-Julian, a colleague with whom Carrie worked in the Kennewick School District. From the time they met, Rob and Carrie became inseparable. They eloped in September 1993, and married in Coeur d’Alene, Idaho. After returning from their honeymoon, they celebrated their union at a family gathering at Whistlin’ Jack Lodge, Chinook Pass, Washington. They soon both set to work raising their blended family, which included Ryan and later on Zackary, and sharing wonderful times with a wide circle of friends, co-workers and extended relations. Carrie and Rob shared a wonderful life together, including a great deal of travel and exploration during a string of memorable vacations spent in Hawaii, Mexico, Florida, Oregon, California, and Arizona.

In 2019, after teaching at Kamiakin High School for 39 years, Carrie joined Rob in retirement, allowing them to enjoy more time together, and to immediately embark on new adventures.

One new adventure was a winter home in Mesa Arizona where they quickly made friends. Rob had a knack of making friends. You literally could not go anywhere with Rob without running into someone he knew. He was known far and wide for his sense of humor and his mischievous smile. He would always speak up in defense of anyone he witnessed being picked-on or demeaned, and whenever he encountered former or active military personnel and first responders, he would never fail to thank them for their service.

Rob enjoyed numerous hobbies and was an avid golfer. Some of his fondest memories included hunting with his brother, Greg, or riding with his motorcycle “family”. And he always enjoyed spending time with his own family. He loved golfing with friends, family, and co-workers, and shared special memories of golfing in Florida with his aunt, Sandy Christman, and golfing in the Pacific Northwest with his father-in-law, Fred T. Baker; and Rob could always be counted on to participate in support of various charity golf tournaments.

Rob shared his love of Harleys with his youngest son, Zackary, who would join him as his passenger on many road trips, which became cherished memories for both of them. Rob also took an active interest in Zack’s music-making, attending all of his performances with the Kamiakin High music program, The Columbians, and The Oregon Crusaders (Drum and Bugle Corps.). Rob shared his love of music with Zackary. Rob also shared his love of music with Ryan, spending hours listening to Rob’s extensive, Classic Rock music collection together. Rob was an active supporter of Ryan’s football activities, and they enjoyed family fishing trips on the Tucannon.

Rob was a member of the national Harley Owners Group (H.O.G.), as well as the Rattlesnake Mountain H.O.G. Chapter since 2005. He enjoyed mapping out extended road trips throughout the country, in order to visit all the sites of interest along the way. He particularly enjoyed attending the famous Sturgis Rallies with Jim Monson and friends. He meticulously planned the routes to and from these events in order to further explore the American Midwest and West.

Celebration of Life
May 7, 2022
ceremony begins
at 11:00 a.m.
Sunset Gardens Event Center
915 Bypass Highway
Richland, Washington 99352
Rob’s extended family invites you to gather with them
to joyfully celebrate his full, rich, and colorful life.
His celebration will include Military Honors.
Masks requested
If you plan to attend the reception that will follow the ceremony
please RSVP by April 30th to rdjmemorial@gmail.com
This event also will be live-streamed for those unable to attend.
Einan’s at sunset website
sunsetgardenstricities.com

In lieu of flowers, donations in Rob’s memory can be made to any of the following philanthropic organizations: Patriot Guard Riders, Washington Chapter Patriot Guard, Arizona Chapter, Missing in America Project, or The Wounded Warrior Project