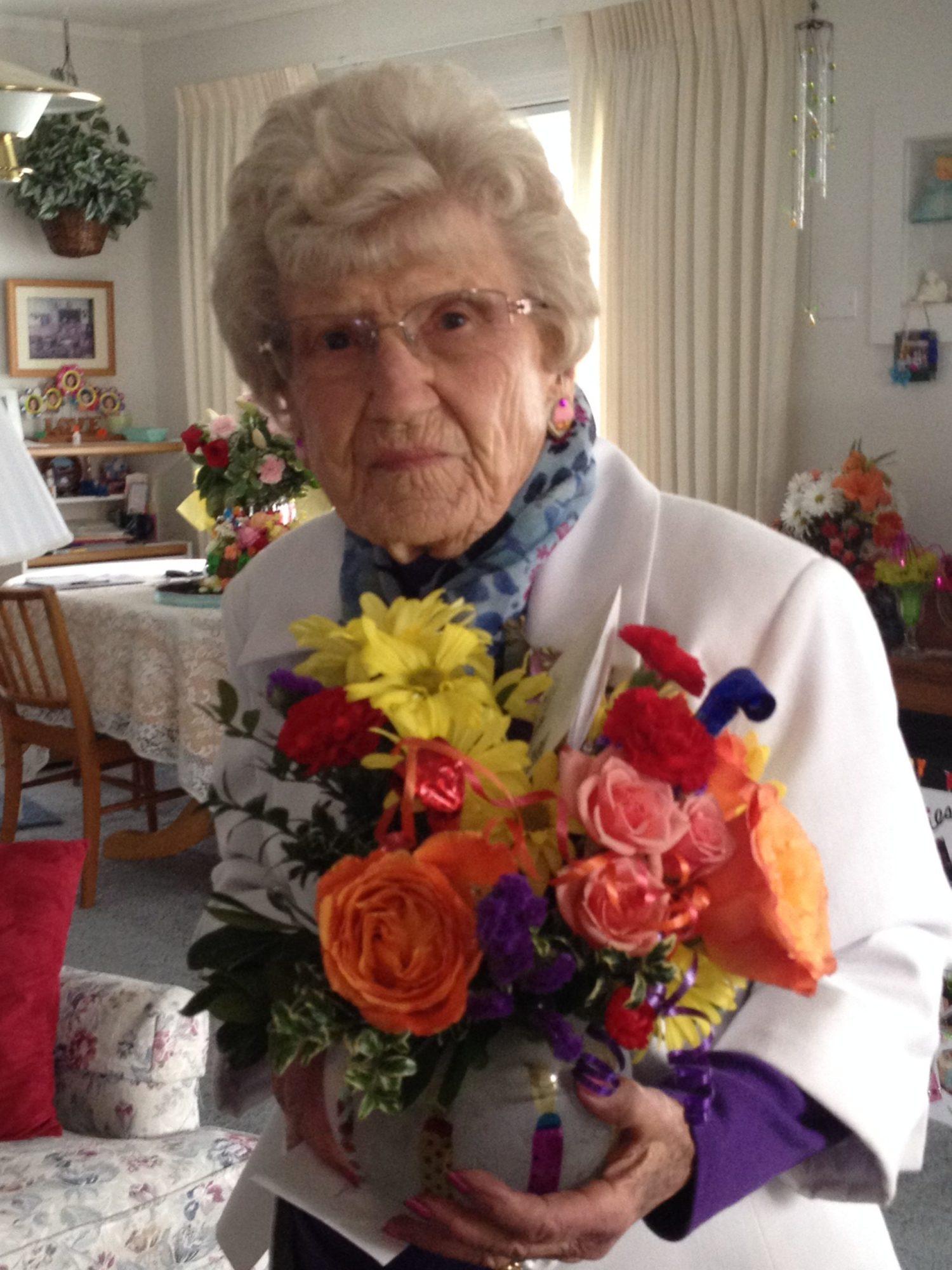 Clarice grew up on a farm, 6½ miles east of Vinita, Oklahoma.  She attended Wayside School through the 8th grade often riding her pony to classes.  During this time, her mother drove her 20 miles for piano lessons in the country. She graduated from Vinita High School in 1933. She continued her education in Marysville, Missouri at the Northwest University and graduated at Tahlequah Oklahoma, where she received her B.S. degree.

Clarice’s first two years of teaching was in a country school called Prairie Chapel, where she had 5th grade through 8th grade classes. She later became a primary teacher at Riverside School in Vinita and later became the principal of that school. From 1949 to 1952 she taught 2nd and 3rd grades in Tulsa, Oklahoma. Clarice came to Richland in 1953, teaching 3rd grade at Jefferson & Spaulding and 5th grade at Sacajawea and Lewis & Clark. She retired from teaching in 1978.

She was a member of the Benton Franklin School Retirees Association. She was a volunteer for the food bank, Red Cross, and cancer drive. She helped with Boy Scouts and Blue Birds. Her life of service continued after she retired from teaching.

Clarice was baptized in Vinita, Oklahoma in 1946 at the First Baptist Church. From that time on she has lived close to Jesus. She was a member of the Richland Baptist Church where she taught Sunday School for several years and assisted with Bible School.  Her church was an amazing support system and contributed to her longevity.  She sang in the Senior choir and took advantage of Senior outings there as well.

On June 18th, 1954 she married Bruce Glenn. She enjoyed the beauty of the outdoors; enjoyed fishing with her husband; square dancing; sewing, gardening and crafts. Bruce and Clarice traveled to Europe twice; to Egypt and The Holy Land; Hawaii; Australia and New Zealand and spent 15 years as snowbirds in Mesa, Arizona where they enjoyed square dancing, swimming, and sunshine. They also saw much of the United States by motorhome.

Her later years were spent in Richland and the last three years at Brookdale, Richland. She loved people and was enjoying her new friends there.

Clarice is survived by her son Bruce Jr. and his wife Kim; her daughter Dawn Marie and her husband Bob; three grandchildren Chris Glenn (Adelina), Heather Souriyavongsa (Sommok), and Brandon Glenn; and five greatgrandchildren. She was preceded in death by her husband Bruce; her mother and father; four brothers, and one sister.

Burial will be at Sunset Memorial Gardens in Richland, Washington. A memorial service will be held at a place and date to be announced when the current health situation allows.