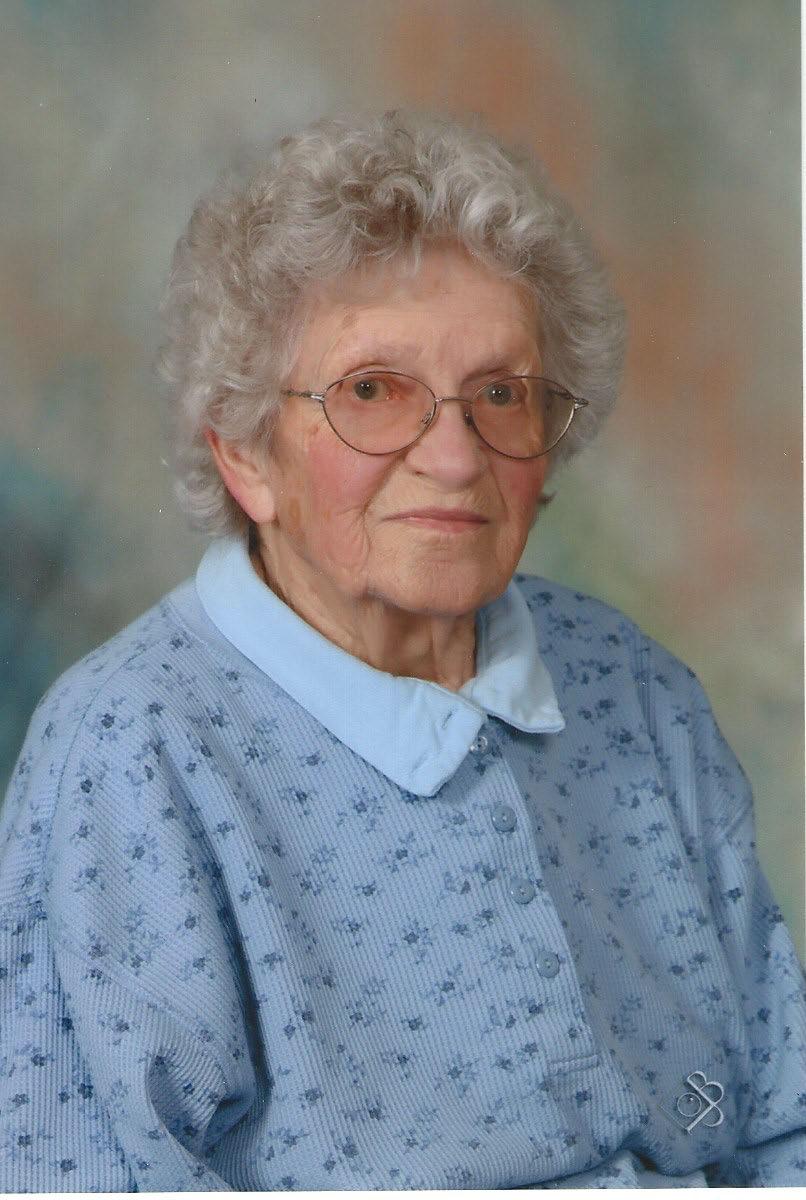 Nona Jean Bacon, of Richland, died Thursday, June 4, 2020, at Providence Sacred Heart Medical Center in Spokane, one day after suffering a stroke at home. She was 96.

Mom was a 72-year resident of Richland, and had lived in the same house since 1954, where she and her husband, Frank, raised six children.

Nona Jean Dieckman was born and raised in Durango, Colorado. She was born on Aug. 20, 1923, the youngest of six children of Jack and Katherine Dieckman. She graduated from Durango High School in 1941, then enrolled at Mount St. Scholastica College in Atchison, Kan. (now Benedictine College), from which she graduated in 1945.

In 1948 Jean, as she was known by almost everyone, moved to Richland to work as a medical technician. She planned to work for a while in Richland then move back to Durango. Soon, however, she met Frank Bacon and they fell in love.

Jean and Frank were avid skiers, and as the family grew all enjoyed many Sunday ski trips to Spout Springs, Ore.

After Frank died Mom still enjoyed traveling on bus trips for many years with her church friends to many places in the United States including Seattle, New Orleans and one of their favorites, Winnemucca, Nev. She continued to travel with her family, especially her oldest daughter Bev, to many of her favorite places, especially the Oregon Coast.

In the late 1970s and through the ’80s she and Frank traveled around the country as Drum Corps parents following their other two daughters, Kathy then Mary, as they toured the country participating in various drum and bugle corps. In 1985 Mom even traveled on the bus as a chaperone for Mary’s corps, the Argonauts.

Mom was a lifelong Roman Catholic, and a member of Christ the King Church in Richland for 72 years. She volunteered in many ways for the church and Christ the King School, including as a cafeteria milk lady, working booths at Sausage Fest and over the past 20 years meeting weekly with other ladies to put together the weekly church bulletin. She enjoyed attending coffee socials and especially Saturday morning breakfasts at Denny’s with her friends.

She is survived by her children: Jim (and wife, Elaine), Beverly and John (and wife, Diana), and Mary Anderson (and husband, Greg), all of Richland; Kathy of Enola, Pa.; and Bill (and wife, Marie) of Seattle; and one grandchild, Evan, of Seattle.

A burial service was conducted at Einan’s at Sunset Gardens in Richland on June 12, where Mom was buried next to Frank.

A funeral mass will be celebrated at a future date at Christ the King church so all friends can celebrate her life with our family.