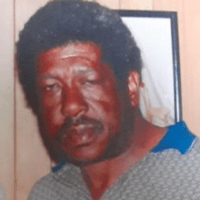 Ray joined the Springhill C.M.E Church at an early age. He attended Southside School and graduated May of 1967. After graduation Ray decided to join the United States Army, where he served 2 years in Vietnam. After being discharged from the Army He then sought employment at the Ammunition Plant in Doyline, LA.

Ray later met Linda Smith and was married on September 1971. While married to Linda, 2 children were born. The late Pierre and Catherine Weathers, Linda had a Child (Kenny Smith) that Ray raised and loved as his own.

Later in life, Ray moved to California where he lived many years before deciding to move to Washington where he was closer to several of his siblings.

On Monday, June 15, 2020, Ray Doyle gained his wings. He closed his eyes for the last time and moved from time to eternity.

He is preceded in death by his parents R.C. and Luezell Weathers; his son Pierre, 2wo sisters Fannie Mae Williams and Lue Willie Weathers; one brother Russell Weathers; his maternal and paternal grandparents, as well as Aunts and Uncles.

Ray was laid to rest in his hometown of Ringgold, La.