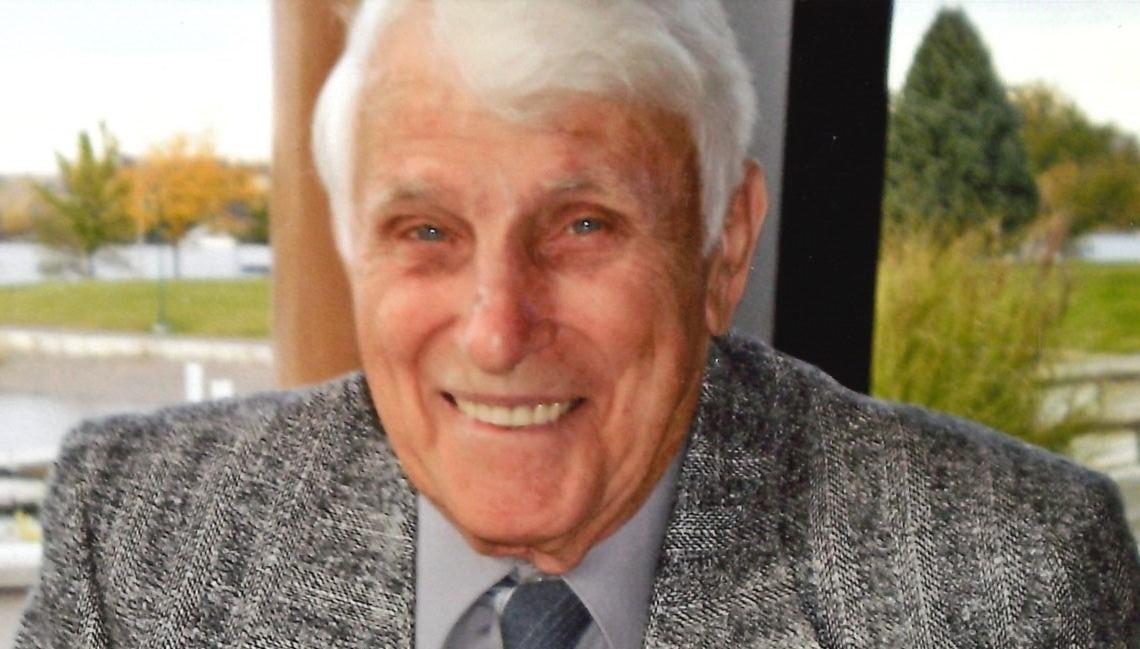 From Richland, WA | Born in in Koskonong, MO

Jim passed away on July 5, 2020 in Richland, WA at age 95 due to complications from COVID-19. He had family by his side, and those that could not be there due to restrictions were holding him close in their thoughts.

He joined the USMC in 1942 and was a veteran of WWII. While honorably serving for four years (Marine Aircraft Group 24), he participated in action against the enemy at North Solomons & Bougainville. During his time in a Crash, Fire and Rescue unit, he received a letter of commendation when he ran into a burning plane, rescuing the pilot, without regard for his own safety. Jim spent a month in a burn unit with burns covering over 60% of his body. He achieved the rank of Corporal in 1944.

He married Kaye (Eunice) Marie Freeman on November 16, 1955. They raised two children, Lisa & Wally, and later their Granddaughter Erica, after losing Lisa to a rare lung disease. They were married for 61 years when Kaye passed in 2016.

He worked at the Hanford site as a Fire Fighter, B Reactor Operator, and Chemical Lab Technician. He retired at age 62 in 1987.

He had an interest for Frank-Lloyd Wright Architecture, and Wright’s style inspired the design for the home he built that was a place family and friends gathered in for over 40 years.

Jim enjoyed drawing line art, and has a portfolio of work that his family cherishes.
He liked to read, and could almost always be found with a book in his hand or a book he wanted to tell you about.

Jim also often hummed a tune, and sometimes sang a song he had created right out of his back pocket.

Jim gathered for morning coffee with close friends daily for many years, and in late 2016 was joined by General Jim Mattis, whom he was honored to build a friendship with.

He was a long-time member of the John Birch Society.

His family will always remember his smile, gentleness, creativity, love, and loyalty to his family, friends, and Country.

Jim was preceded in death by his parents, four brothers and sisters, wife Kaye Marie, and daughter Lisa Eileen.