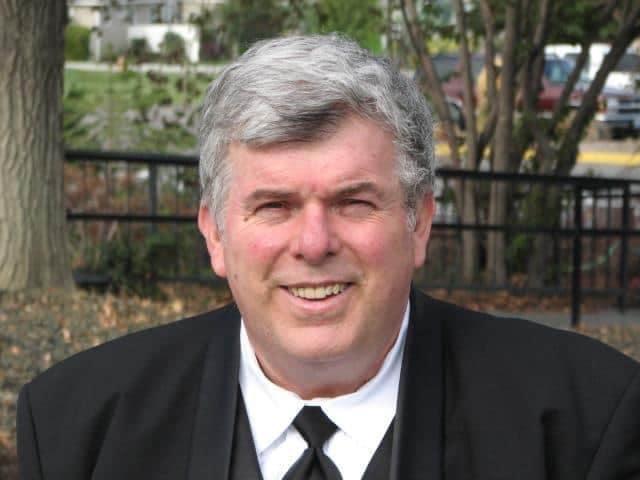 Ricky Lee Hunter passed away July 29, 2020 peacefully with his family by his side.

Ricky was born July 2, 1954 to Chuck Hunter and Violet Hendricks in Sunnyside, Washington.

He was very proud of the fact that he started school in Casablanca, Africa. He grew up in Grandview, Washington graduating from Grandview High School in 1973. He enlisted in the Air Force and served four years with an honorable discharge in 1977. He then began his lifelong career at WPPSS/Energy Northwest as a security guard, retiring in 2016 after 36 years.

Ricky married the love of his life, Ronnie Daly on February 21, 1981. This last week marked their 40 year anniversary of their first meeting. The date that went down in infamy! They moved to Benton City in 1986 with their young sons, Justin and Kevin in tow. Ricky and Ronnie were very active in the 4-H life with the boys, raising pigs, sheep and chickens. There were many long, fun filled weeks residing at the Benton/Franklin County Fairgrounds over the years.

He loved to go camping. Early on in their marriage, Ricky and Ronnie would hop on their motorcycle and head to places like the devastation of Mt St Helens or Mt Rainier. Later on after their boys arrived they enjoyed family vacations to Disneyland. But his favorite pastime was loading his family up in their fifth wheel and heading out on the open road. Mount Rainier was where he found peace. To look through their photo albums was as though you were on vacation with them.

Ricky was quite the accomplished amateur photographer. He never turned down a request to do the photo shoots for a family wedding. The family photo albums? Thousands of wonderful pictures capturing the precious moments with his beloved family.
He also loved astronomy. On a clear night he would have his telescope set up and he would be peering at the stars and the distant planets.

So it is no wonder he was a Trekky! He loved anything and everything Star Trek. There was no trivia question he could be stumped on! As a matter of fact, he videotaped each and every episode on the old VHS tapes!

Ricky’s whole world evolved around his family. The love he had for his wife and children was all he ever needed…that is until his grandchildren came along. Chloe, Aubrey, Jocelyn and Jaxen were the apple of his eye. His face would just light up when he talked about his boys and grandkids!!

Ricky is survived by his wife Ronnie, his sons Justin and Kevin, grandchildren Chloe Hunter, Aubrey Hunter, Jocelyn Hunter and Jaxen Hunter, his sister Becky Warren, brothers, Randy Hendricks and Bobby Warren, numerous in-law brothers and sisters, and many nieces and nephews. He is also survived by his friend Carl Raymond and his wife Lois…who remained his steadfast friend through thick and thin. He is preceded in death by his mother Violet Warren and his grandparents.

Because of the circumstances of the Covid there will be a private memorial service.

In lieu of flowers the family would appreciate donations made to the Alzheimer’s/Dementia organization
Alz.org/donate