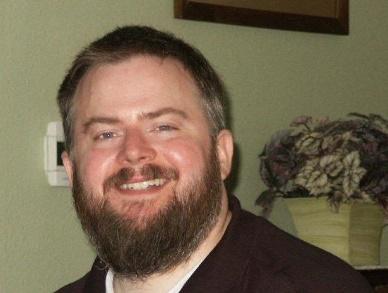 Brandon was born on July 19, 1972 in San Francisco, California to Mildred June Campbell.

Brandon and his Mother lived in California until which time they moved to Kennewick, WA to be closer to family, Brandon was an only child. In 1982 they moved to Bismarck, North Dakota as his Mother married Larry Markel where they became a family and made their home.

Brandon went to school in Bismarck throughout his childhood and graduated from Bismarck Central High School in 1990. Brandon continued to live with his Mom and Dad and moved back to Kennewick, WA with them in 1990 after graduation.

The family made their home in Kennewick for many years until Mom and Dad built a home in Newport, OR and Brandon eventually moved to Newport and lived with his Dad and Mom.

In 2016 the family moved back to Kennewick, WA as his Mom was diagnosed with cancer and needed to be closer to her doctors and family. Brandon’s Mom died in 2018. Brandon continued to live with his Dad Larry Markel in Kennewick until March of 2019. Brandon moved in with friend as a roommate and they shared the house until Brandon’s death on August 25, 2020 at the age of 48.

Brandon loved to read, watch movies, sketch, trivia and was a history buff. Brandon collected comic books and had quite the collection.
Upon his death he was working at Hapo Community Credit Union Richland, WA at the call center as a call service representative, he loved his work and enjoyed the people he worked with.

Brandon never married or had children and will be missed dearly by his family.

Brandon’s urn will be placed in interment inside a columbarium niche with his Mother’s ashes at Sunset Memorial Gardens Richland, WA at a later date.