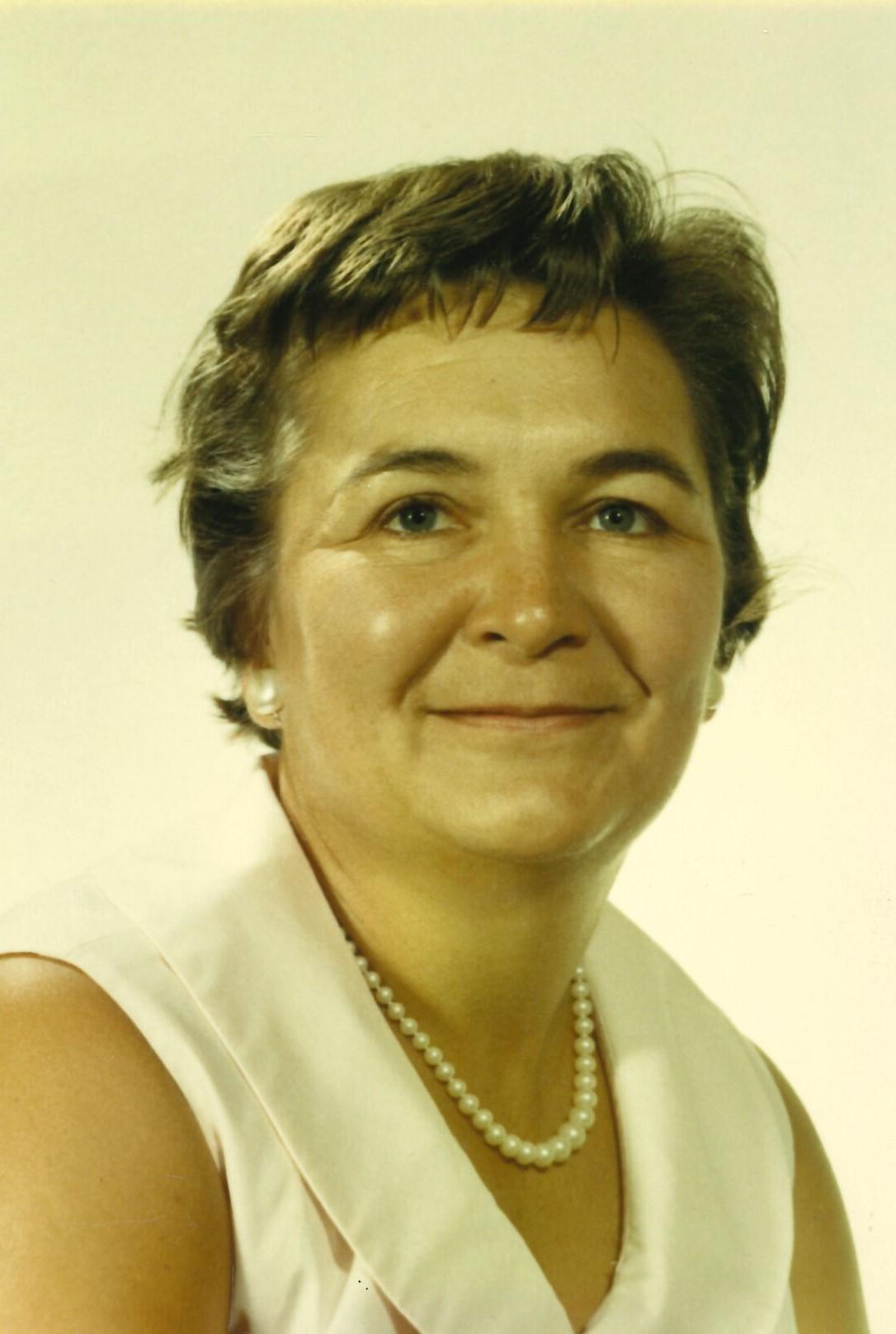 Johnnye Ruth Gudel was born on December 4, 1923, in Hixson, Tennessee, to John Gudel and Gladys Novella (Brown) Gudel. She was one of six children, four girls and two boys. She passed away on August 25, 2020, in Richland, Washington. She was 96 years old.

Johnnye grew up in rural Hixson, Tennessee, near Chattanooga. The family did not have much money but were rich in many other ways. Johnnye loved playing basketball and softball and graduated from high school when she was 16. She attended Maryville College near Knoxville, Tennessee, and graduated in 1944 with a BA in Biology and a minor in English.

With the country at war, she moved to Oak Ridge and began work at the Manhattan Project’s Y-12 facility for the Tennessee Eastman Corporation. She lived behind the fence and was an operator and later a supervisor at one of the secret calutron machines designed to separate isotopes of uranium. She also worked in a laboratory analyzing the enrichment level of the final product. While working at the calutron, she met George Robbins Kiel, one of the project engineers. They married on May 31, 1945, in Hixson, Tennessee, and honeymooned in the Great Smoky Mountains National Park.

At the conclusion of the war, George and Johnnye decided to “see the West” and moved to Richland in February 1947. George took a job at Hanford with the General Electric Company working at the reprocessing plants in the 200 areas. A month after their arrival, Johnnye gave birth to a daughter, Ruth Ann Kiel, who died a week later. Two boys later filled her home with the birth of David in 1948 and William in 1952.

When her boys were old enough, Johnnye began work as a substitute teacher for the Richland School District. She later took a full-time job as a seventh-grade homeroom teacher at Chief Joseph Junior High where she taught for many years. Teaching was one of the highlights of Johnnye’s life.

Johnnye always loved to play sports and took up golf late in life. This became her new personal challenge that brought many new friends at Meadow Springs Country Club and provided an endless supply of golfing vacations.

Johnnye is survived by her son Michael Christian (David) and his wife Debbie of Paradise, CA, and William Kiel of Richland. She was preceded in death by her husband George Robbins Kiel, daughter Ruth Ann, sisters Mary Elizabeth Pope, Dorothy Shannon, and Helen Gudel, and brothers, Robert H. Gudel and William S. Gudel. Many families and friends had special places in her heart, especially the Lindgren, Mathis, Swift, and Figg families. Special thanks go to the staff at Guardian Angel Homes in Richland and the Chaplaincy Hospice Care. No public service will be held.