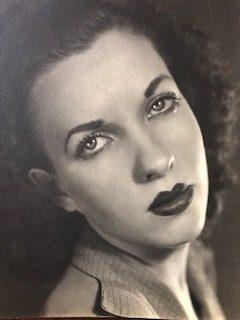 Mildred “Pat” Beatrice Midgett passed away peacefully on August 21, 2020 at the age of 100 years old at Fieldstone Grandridge in Kennewick with her daughter present. Pat is survived by her son, Ronald John Midgett of Santa Fe, NM, her daughter, Pamela Ann Blake of Kennewick, WA, 12 grandchildren and 15 great grandchildren. Pat is preceded in death by her brother, Carl Stamm, husband, John H. Midgett and daughter, Valerie June Goodenough.

Pat is buried at Einan’s at Sunset Gardens next to her husband. No funeral is planned at this time. A memorial service is planned for a later date with family and close friends.

Mildred was born in Herrin, Illinois on February 26, 1920 and was the second child born to Dennis and Grace Stamm. As a young woman she decided she didn’t like her name and declared her nick name to be Pat. She was known by her friends as Pat from then on. Pat’s father was the police chief in Herrin, Illinois in her early years. Pat’s parents divorced when she was young. Grace took her children to St. Louis and opened a beauty salon which she operated for a number of years. Pat completed the 8th grade and dropped out of school to help her mother with her business. Sometime in the late 1930’s, Grace moved her family to Hollywood, Florida.

It was in Hollywood, that her brother Carl introduced Pat to a young sailor by the name of John Henry Midgett. Both Carl and John were serving in the US Navy during World War II. John and Pat grew up 150 miles apart in Illinois but it took a move of over 1,000 miles to bring them together. John and Pat were married on July 16, 1942 in Hollywood Florida and had their first child, Ronald John Midgett in 1943. Their second child, Pamela Ann Midgett (Blake) was born in Key West Florida in 1952 followed two years later with the birth of a second daughter, Valerie June in Olathe, Kansas. These early years revolved around John’s career as a navy pilot which required multiple moves across the country. In 1958 the young family moved to La Mesa, California where they resided for 33 years before making the final move to W. Richland, WA in 1992.

While living in W. Richland, John and Pat rededicated their lives to the Lord Jesus Christ and were active members of the First Baptist Church of Richland. Pat was a strong support for her family during multiple relocations as a navy wife. She was a devoted mother and always a comfort to her family and those around her. She delighted in the accomplishments of her children and grandchildren and later her great grandchildren. Even though she only finished the 8th grade, she was also one smart cookie. Pat was a friend to her neighbors and was always there to help where she could. She taught her children to respect others regardless of their station in life, to do no harm to others and to be generous to those around us. Pat spent the last 2 1/2 years of her life at Fieldstone Grandridge where she was loved by those who knew her. She kept her sense of humor and sweet smile as long as she could.

Mom, you will be greatly missed.