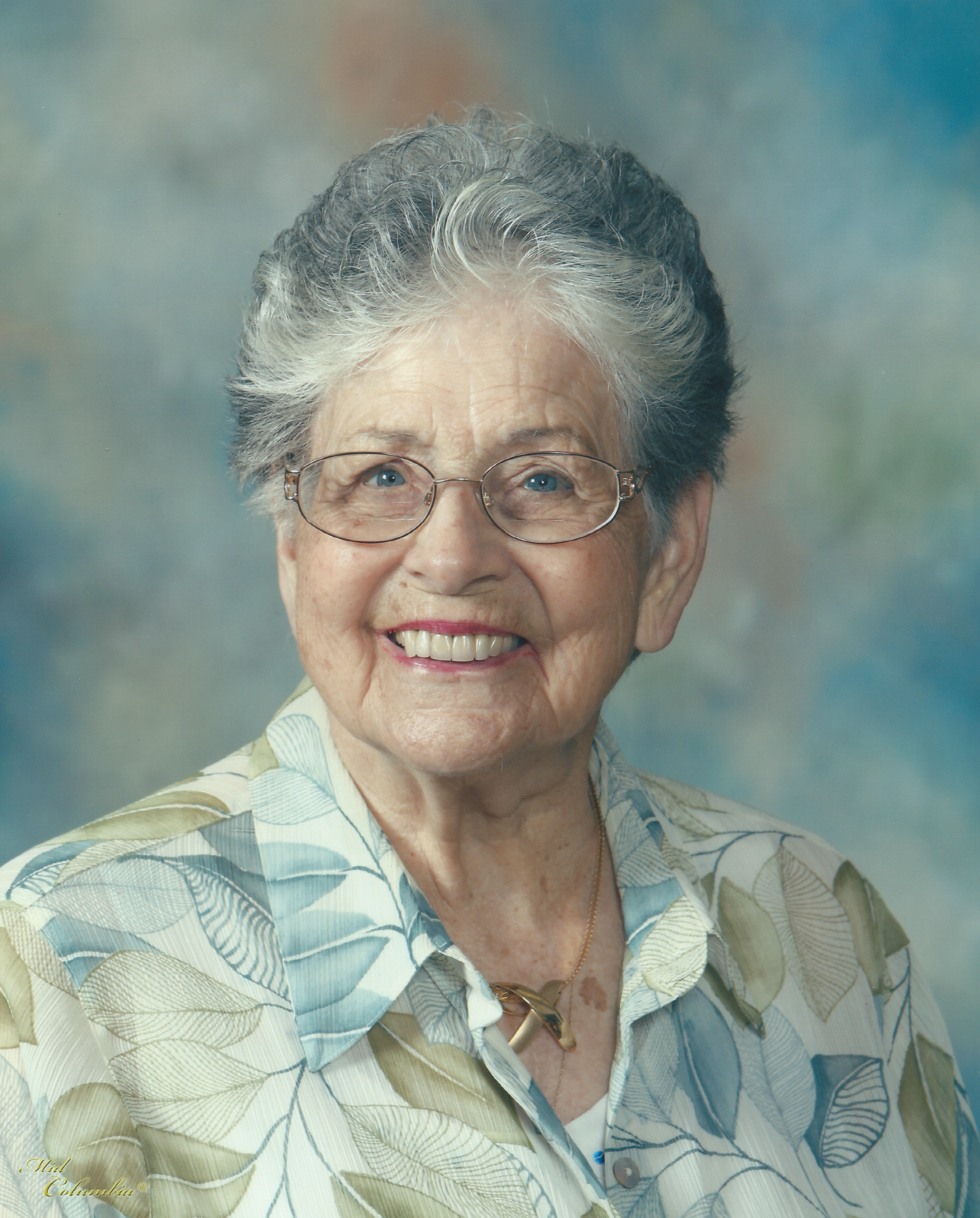 Virginia Catherine Casqueiro, age 98, passed away at 9:42 AM on August 1, 2020 at Chaplaincy Hospice Care, Kennewick, WA. At her side were her son Rick Casqueiro, wife Brenda, grandsons Nick and Kris.

Born Virginia Catherine Oltman in Dallas Texas. She grew up in Oakland, California living with her mother Mattie Thomas, stepfather Robert Thomas, her older sister Lucille Oltman, and half-sister Edie Thomas. The family lived in a two bedroom one bathroom home one block west of the Chevrolet Assembly Plant. Virginia’s mother was a seamstress and stepfather was a night watchman at Mill’s College. From 1927-1935, Virginia attended St Elizabeth’s Catholic School (grades 1st to 8th). From August 1929 to March 1933, the United States entered “The Great Depression” which was a severe worldwide economic depression which affected loss of jobs, loss of commerce, and loss of economic viability. Needless to say, the Great Depression had serious consequences for the Thomas household. 1935-1939, Virginia attended Castlemont High School which was voted in 1929 as the Country’s “most beautiful new brick structure.” Virginia was sixteen years old when she graduated from Castlemont and turned seventeen a month later. From September 1939 to June 1940, she attended Merritt Business School excelling in “Short Hand” and “Typing” skills.

While in high school a young man, Augie Casqueiro, began dating Virginia and continued the courtship after graduating together from Castlemont. On October 26, 1940, Virginia and Augie were married at St. Benedict Catholic Church, Oakland, CA.

December 7, 1941, Japan attacked Pearl Harbor, Hawaii and because of this, the United States declared war on the AXIS POWERS (Japan, Germany, and Italy). During the war some 16 million Americans served in the United States Armed Forces. The military effort was strongly supported by civilians on the home front who provided the military personnel, the munitions, the money, and the morale to fight the war to victory. Virginia and Augie immediately activated their civic duties to help win the WAR. Virginia worked at the Oakland Army Supply Terminal on San Francisco Bay as an administrative assistant. Augie worked as an assistant ship fitter in the Oakland shipyards until he enlisted in the Army. The “huge” Oakland Army Supply Terminal’s mission was to ship the Army’s men and material to the Pacific areas of operation. During the war, tens of thousands of soldiers and over 25 million tons of supplies flowed through this terminal.

On June 6, 1944, Allied Troops landed on the Beaches of France to fight the Germans. It took 336 days of fighting until the Germans surrendered. February 14, 1944, Virginia announced her pregnancy. August 23, 1944, Virginia gave birth (Antoinette Casqueiro). Virginia continued living with her Mother and Stepfather until the end of the war. May 7, 1945: Germany surrenders. August 14, 1945: Japan surrenders.

In the 1950’s the majority (over 75%) of mothers were home raising their children. Virginia and Augie grew up during The Great Depression and wanted better conditions for their children compared to their childhood. They agreed Virginia would work to bring in additional money to be saved for the children’s education and other amenities.

1957, Virginia was hired as an administration assistant at Safeway’s Oakland California Headquarters. 1958 – 1981, Virginia began her career at General Electric as an Executive Secretary starting at GE Transformer Plant, Oakland, CA (8 years). Then GE Vallecitos Medical Isotope Center, Sunol, CA (15 years). Virginia retired after having a heart attack in 1981. Augie continued in the construction business retiring in 1985. Because of her heart attack, Virginia had “Double Coronary Artery Bypass Graft Open Heart Surgery” at Merritt Hospital, Oakland, CA. She was impressed by a volunteer group called “The Mended Hearts” who visited her pre and post-surgery. Coronary surgery physicians at Merritt supported “The Mended Hearts Volunteers” because the doctors saw how it helped their patients recover more quickly from surgery. Virginia joined the group in 1982 and for years, volunteered her time with other patients.

Because of Virginia’s upbringing in the Catholic Church, she was a devout Catholic. When living in Richland, WA, she and Augie attended weekly Mass at Christ the King. She then became a member of St. Joseph Church after moving to Kennewick, WA.

Most of all, Virginia loved socializing with friends and family. I have many memorable pictures of Mom enjoying numerous occasions with members of the Oltman, Thomas, Morton, Fryer, Casqueiro, Boggs, Seibel & Scalabrin families as well as Virginia &
Augie’s close friends from the SF Bay Area.

Virginia is preceded in death by Augie, daughter Toni, granddaughter Sarah & both sisters

I want to express our thanks for the wonderful care given to Virginia by Trios Hospital, Richland Rehabilitation Center, Kadlec Hospital and Chaplaincy Hospice Care. And especially to Brenda Casqueiro who was helping Mother for the last eleven years.

You lived a great life Mom even with its challenges and you will be missed!

In lieu of flowers donations may be made to the American Heart Association https://www.heart.org/