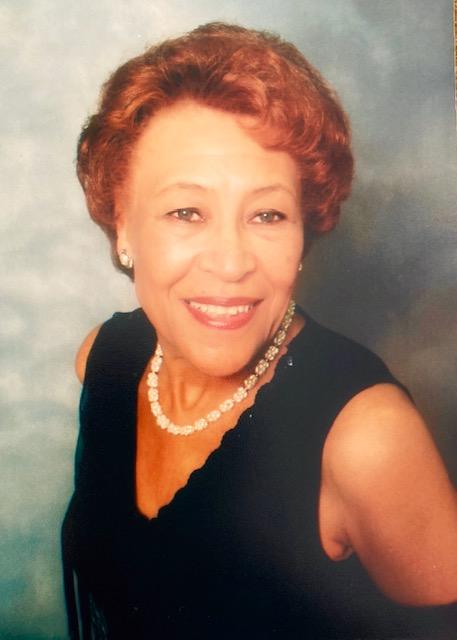 Ellenor moved to Pasco from Louisiana as a teenager with her parents in 1950. Her first job was a doctor’s assistant at Our Lady of Lourdes Hospital. She married Thomas Moore and became a mother to his two daughters, Shirley and Antoinette. Together they had three more children, Thomas, Leonard and Cynthia. In 1963 she became the second African American employee to work at Safeway Grocery store in Pasco. She laughingly recalled that during the first two weeks, no one used her to checkout because she was Black. However, her popularity grew once folks realized how fast she was as a cashier and her line always moved the quickest. Ellenor balanced being a wife and mother of five, and took pride in her twelve-year career at Safeway. She was a member of Saint Patrick’s Catholic Church and became a well respected member of the Tri-Cities community as an educator, activist, and philanthropist. She was a lover of the arts and founder of the Tri-Cities Ethnic Players, a theater group focused on performing works by Black playwrights. As a talented actress, one of her favorite comedic roles was as Big Mama in “Livin’ Fat.”

During the 70’s while Ellenor advocated for Civil Rights she held her ground as the only African American member of the Pasco School Board. Noted for her tenacity and commitment, later she was appointed by Governor Daniel J. Evans to serve three years on the Washington State Women’s Council, focusing on the Equal Rights Amendment. She also served on the boards of AAAS (Afro-Americans For An Academic Society,) and the selection board of The United Way. Ellenor was recognized for her fundraising efforts and was a donor to The Franklin County Historical Museum and Pasco Public Library.

After raising her children, Ellenor moved to Federal Way, Washington, where she completed her Bachelor’s degree from Eastern Washington University and pursued a career in Real Estate. Later relocating to Southern California, she lived a life full of zest and adventure while fulfilling her passion for ballroom dance, live theater, and music. She loved hosting Bible and book clubs, costume parties and social events in her retirement community. Intrigued by culture she spoke fondly of her visits to museums as she traveled through Europe and other countries. The time spent with family and friends on casual road trips, and cruises to exotic islands were a true highlight. Her green thumb was evident in her meticulously manicured garden and fruitful lemon trees. She often ended her day by taking sunset walks on the beach.

Ellenor moved back to Pasco in 2015 to live closer to family. She lost her fierce battle with cancer on Sunday, September 6th, 2020. Her family and friends love Ellenor for her many qualities and describe her as a devoted mother, and the epitome of class and style. Someone who lived her life without fear. A strong willed woman; stoic but graceful, poised, spiritual, beautiful, and kind. A role model and inspiration. Her beautiful smile filled the room. Committed to her community, she was the “Belle of the ball.” Thank you, Ellenor, for all of the lives you’ve touched.