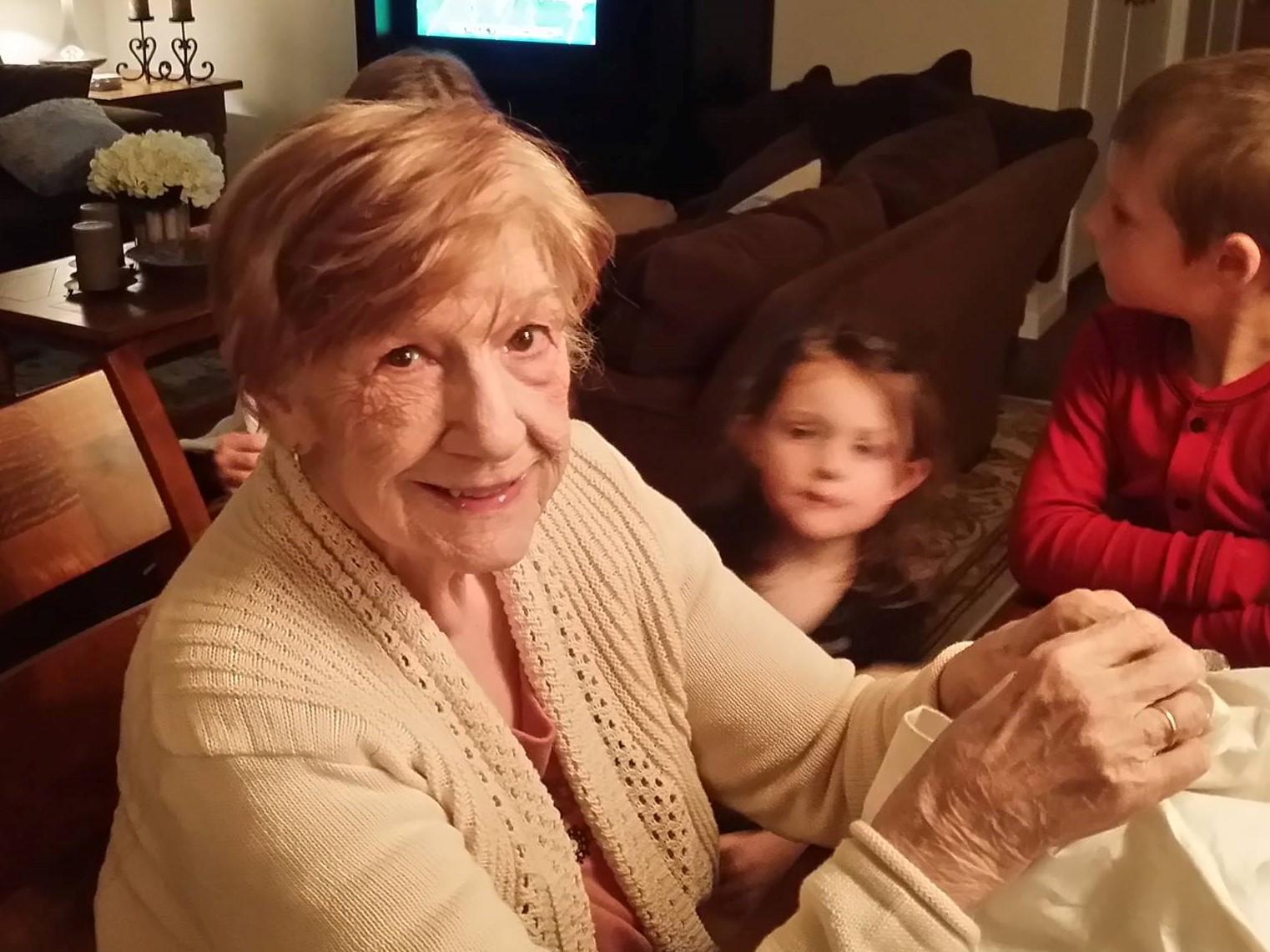 LaRee Pratt
November 22, 1932 – September 27, 2020
Richland, Washington – LaRee Josephine Conner Pratt passed away peacefully in her sleep Sunday morning, September 27, 2020, in Kennewick, Washington. LaRee was born in Hutchinson, Kansas on November 22, 1932, to Goldie and Marion Connor. LaRee and her family also lived in Missouri and Tennessee before settling in Richland, Washington in 1948. LaRee graduated from Columbia High School (Richland High School) in 1950, and also worked part-time for Richland Bell Furniture. After graduation LaRee met the love of her life, Donald Alfred Pratt, at a dance at the Harry Kramer Center in Richland. LaRee and Don married October 12, 1951, at the Church of Jesus Christ of Latter-Day Saints (LDS) in Richland and were later sealed together for eternity at the LDS Temple in Salt Lake City.
LaRee worked for General Electric on the Hanford Site until she and Don started a family in 1954. In 1972 after her youngest child entered grade school, LaRee started working for Battelle Memorial Institute. LaRee retired from Battelle in 1995 and she and Don spent the next eight years traveling and spending time with their children and grandchildren. After Don’s passing in 2003, LaRee focused her attention on her children, grandchildren, great grandchildren, her beloved Chihuahua Babe, reading, painting and crocheting. In 2017 LaRee and Babe moved to Richland’s Bonaventure Assisted Living, and in March 2020 she moved to Rosetta Memory Care in Kennewick, Washington.
LaRee is survived by her sister Betty Lou Sansom, three children; John Pratt (Quoteal), LouAnn Trovillo (Anthony) and Laura Valett (Douglas), ten grandchildren; LaStarr Roberts (Mills), Brandon Pratt (Sabrina), Allison Purington (Trevor), Jessica McNair (Stewart), Benjamin Knighten (Cristen), Jeremy Knighten (Kelsey) Adelyn Valett, Jacob Trovillow (Julia), Jessica DePass (Benji), Brit Puckett (Nick), 19 great grandchildren; Kelsey, Kauner, Makayla, Braydon Pratt, Coulter, Peyton, Teagan, Cooper Roberts, Madalynne, Logan, Zachary Purington, Ciara Palmer (Kyle), Taylor, Danielle, Zoey McNair, Braden, Gage Trovillo, Max, Alex Depass, and countless cousins, nieces and nephews. LaRee also considered Paul Knighten and Matthew Valett family.
Her love is the light in our soul, her spirt will never fade as it lives within our hearts. Take comfort she feels no more pain, doubt or fear for now she is with her Savior and the loved ones she so dearly missed. May you always remember the beautiful one who gave you life, she patiently waits for your return home. Remember her unwavering love and forgiving spirit and may you keep the faith and know without doubt, you will be with her again someday.
LaRee’s family will gather the evening of October 8, 2020, to honor and celebrate her life. LaRee will be laid to rest next to the love of her life on Friday, October 9, 2020, 11:00 a.m. at Sunset Memorial Gardens. The family would like to thank Chaplaincy Palliative and Hospice Care for their thoughtful compassion. In lieu of flowers, donations may be made to Chaplaincy Hospice, 2108 W Entiat Avenue, Kennewick, Washington 99336.