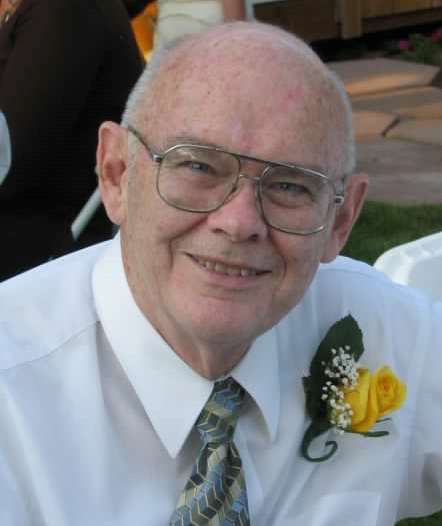 Donald Pratt Brown, age 88, slipped quietly away from this mortal life October 10, 2020 to join his beloved wife, Gloria, in Heaven. We are grateful that he is reunited with cherished family and friends, and free from the struggles of a tired body and cares of this life. We feel blessed that his life was extended allowing him to take such loving and devoted care of Gloria until her passing last April.

Donald was born February 18, 1932 in Murray, Utah to George Brown and Ethel Pratt. He grew up with two loving siblings: George and Pauline. He developed a love for the trumpet at an early age, became quite skilled at it, and was asked (along with a good friend) by the American Legion to play Taps at funerals of servicemen who had died. This began while he was in grade school and continued throughout his High School years.

Donald met his sweetheart, Gloria, while he was attending the University of Utah where he received his Bachelor of Science degree in
Electrical Engineering. They were married a few years later in the Salt Lake Temple of the Church of Jesus Christ of Latter-Day Saints April 7, 1955. He went on to earn his Master’s degree at the University of Washington.

Don and Gloria lived in Washington D.C. for two years while Don worked for the NSA while serving in the USAF. Afterwards, they settled in Richland, Washington where they raised their family of 6 children, and remained living into retirement.

Donald worked on the Hanford Nuclear Reservation for various companies throughout his career. He was invaluable to each team in solving many complex and diverse problems and has many patents to his name. He enjoyed his work and made many lifelong friends from it.

Donald had a brilliant, inquisitive mind and a thirst for knowledge. He loved solving puzzles…any kind. He loved boating on the Columbia River, hunting with good friends, listening to good music, playing the trumpet, looking at the planets and stars through his homemade telescope, operating his Ham radio, and sharing good stories.

He loved his family unconditionally and served them faithfully as husband, father, grandfather, mentor, and friend. He loved his Savior, Jesus Christ, and humbly served in many positions throughout his life; including serving in the Seattle and Columbia River Temples with Gloria.

We would like to thank all those who have expressed their love and given service to Don over the last few months as his health quickly declined. Friends, Hospice, and Visiting Angels…your care and service touched our hearts.

A private family viewing and graveside service will be held November 6, followed by a zoom memorial Saturday, November 7, 2020 at 10am. Please visit the Einan’s at Sunset website or Facebook page for more information, and to leave a comment/memory for Don’s family.
You may also share memories at rememberdonpbrown@gmail.com.

If you would like a link to the Service or have questions about the Service, please email the family at rememberdonpbrown@gmail.com and we will send the link to you.