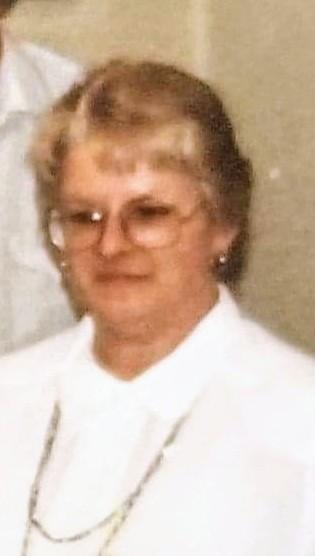 Through a friend of Virginia’s, she was introduced to Dave Sleater and married him on December 17, 1960. They had two children, a daughter Janet, and a son David A. Sleater, Jr. They divorced in 1980.

She was a housewife but once her children were in elementary school she worked part-time in the Spalding school cafeteria. Later she changed to office work after developing back problems. In 1979 she started working for the Richland Clinic as an insurance billing clerk. Then in 1989 she went to work for the Poly Clinic in Seattle. In 1990 she returned to the Tri-Cities working for Dr. Wadwha as his bookkeeper, retiring in 2007. She came out of retirement to work for Dr. Atwood for a short period.

She loved traveling, taking car trips with friends and family. There was a trip to Southern California with her kids, her mom, and niece Jerry in 1968. Later in the 1980’s, there were trips to the mid-west and to the western states with her mom and other family members. There were day and weekend trips to Mt. Rainier, North Cascades, Yellowstone, and Olympic National Parks; the Oregon coast, Vancouver, BC, Tacoma, Spokane, and Coeur D’alene. And there were longer, planned trips to Mesa Verde, the Grand Canyon and Bryce National Parks, Banff and Jaspar National Parks, Orlando and Cape Canaveral, and Honolulu.

She is survived by her daughter Janet, son David Sleater, Jr (wife Dede), grandson Sean Sleater, granddaughter Sara Sleater, a great-granddaughter Ella, her niece Jerry Kilmer (Ralph), and great-nieces Kassie Young and Shannon Young. She is preceded in death by her sister Mary Purtell, her ex-husband Dave Sleater, her father John Lawrence, her mother Virginia Laurence, and her sister Vivian Pappas. A Celebration of Life will be held but due to COVID-19 restrictions, seating is limited.