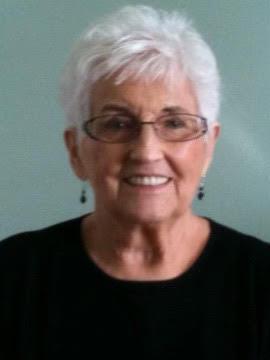 Frances Marie Elder Weible, aka ” Grannie Frannie” to her grandchildren and great­ grandchildren peacefully passed on October 9, 2020, at her daughter Kathy’s home in Washington, UT.

She and her identical twin sister, Fern, each weighed over eight pounds and were the youngest of eight children born to Robert Groat Elder and Myrtle Eloise Flynn Elder on February 16, 1930. Fran grew up on the family farm in Garfield, WA. They were able to start school a year early as their teacher wanted a set of twins in her class before she retired.  The twins dressed alike which made it easy for them to play jokes on their teachers and boyfriends being each other.

They graduated from high school in 1947 .

Fran met the love of her life, Ross Weible, when he came home from the U.S. Army Corp of Engineers. They were married on June 11, 1949, in Garfield.  In 1955 they moved to Moses Lake before moving to Othello in 1956. Fran was busy raising five children while Ross worked long hours leveling land and farming. Fran was a perfectionist at cooking, baking, sewing and cleaning! She was very competitive and loved playing golf and bridge including teaching bridge. Her lemon cookies were a favorite of her grandchildren .  Fran created beautiful jewelry trees for family, friends, and charity fundraisers.

Those wishing to honor her memory may contribute to the Shriners Children ‘ s Hospital in Spokane. Condolences and remembrances may be left on the website of Einan’s at Sunset Funeral Home…. sunsetgardentricities.com.

In honor of our beloved mother, her family is having a private Celebration of life dinner on August 21, 2021.